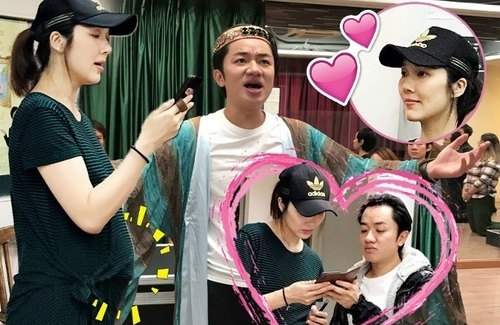 Leanne Li (李亞男) had a special birthday this year as she had a baby shower along with her 34th birthday celebration. Over eight months pregnant, the mother-to-be was showered with a lot of love from her husband Wong Cho Lam (王祖藍) and fellow friends from the entertainment industry.

The party was a star-studded affair with Christine Kuo (苟芸慧), Corinne Chamberlain (陳明恩), Becky Lee (李璧琦), Macy Chan (陳美詩), Eric Suen (孫耀威), Sherry Chen (陳爽等), and May Kwong (鄺文珣) among the attendees. May even brought her daughter along to the event. The celebrities showed off the happy occasion by posting pictures of the gathering on social media, including Cho Lam, who dedicated a post to Leanne and their baby.

Grateful for everyone’s blessings and birthday wishes, Leanne also wrote a heartfelt message online. She wrote, “Thank you for all your love and welcoming our baby girl into this world!! Can’t wait to meet her!”

Although the baby is due at the end of December, Leanne Li is still very active. Earlier, she even lugged her huge belly to visit Cho Lam during his rehearsal for the musical The Only King II <唯獨祢是王II>, which has its opening show set for December 22.

“He’s officially performing at the end of December, around the same time as my due date,” Leanne said, “so I might not be able to attend the show and support him. But in the past few months, he’s been rehearsing almost daily until the early morning hours before returning home. Seeing him work so hard, I really want to cheer him on and witness the results of his hard work.”

Thus, Leanne visited him at rehearsals to carefully watch her husband’s performance. She even became his “super assistant,” helping Cho Lam take behind the scenes photos, and holding his phone, wallet, and script throughout the whole process. In addition to visiting her husband on set, she shared she will continue to make more soup that will help soothe his throat. “He needs to take care of his voice,” Leanne said. “Nowadays, he just mouths the words when we communicate.”

However, she can’t stand for too long even though her movements are still fluid. “My belly is really big now, so my waist will ache if I stand for too long.” She added, “But if I don’t move around at all, it’ll be more painful.” 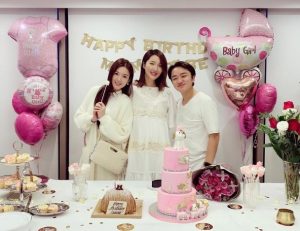 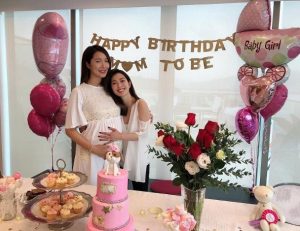 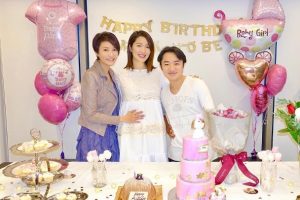 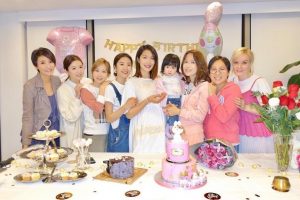 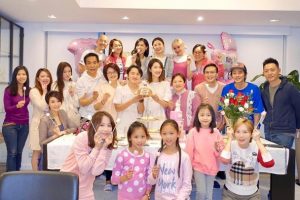