Mainland actor Leo Luo (罗云熙), who has been garnering attention since starring in Ashes in Love < 香蜜沉沉烬如霜>, left many fans wonderstruck with his handsome visuals and fairy-like aura in his latest historical wuxia drama, And the Winner is Love <月上重火>. Viewers praised that he embodied his character very well, and emphasized that his natural chic temperament allowed him to shine like a real fairy. Having majored in ballet in college, Leo carried out many of the action scenes realistically and gracefully with ease.

Although these action scenes are usually completed by professional stand-ins for clean shots, the producer Hou Shu Pui (何澍培) revealed that doubles were not used because he wanted “to let Leo experience the surrounding real and nervous tension.” Although the wires were uncomfortable, Leo expressed filming the action scenes were exciting and fun. He added that he felt like a fairy while flying around in the air. 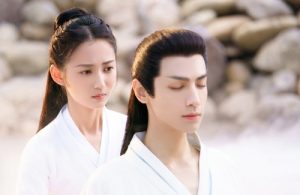 Aside from the action scenes, Leo is also making hearts race with his romantic scenes with Yukee Chen (陈钰琪). Viewers saw the sweet heroic acts, such as drinking wine for her and rubbing her forehead, gradually progress into intimate skinship. In one scene that immediately had fans swooning, Yukee gave Leo a back hug while he was treating his injuries inside a hot spring. 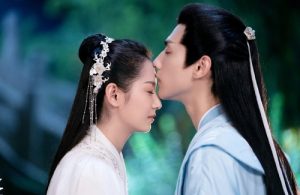 Showing great on-screen chemistry, the actor revealed he felt great comfort knowing that Yukee accepted the lead role for the drama because they are from similar backgrounds. “We are both from Chengdu in Sichuan, so there is already this sense of closeness,” Leo said.

However, they did not have much time to interact with each other because they were both nervous about filming the drama and dedicated their time to memorizing dialogues after work.

TAGS: And the Winner is Love, Leo Luo, Yukee Chen