Leon Lai on Ex-Wife Gaile Lok: “Not Enemies, But No Longer Friends” 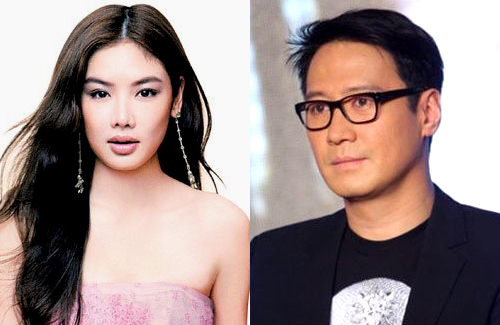 Nearly a year after his divorce from Gaile Lok (樂基兒), Leon Lai (黎 明) finally opens up about their relationship and discussed his views on love and the single lifestyle. Although heartbroken from his failed marriage, Leon is not afraid of love and is willing to give it a second chance. A strong believer of fate, Leon feels that everything happens for a reason, and tries not to worry over matters outside of his control.

Leon first met Gaile at an advertisement shoot and began dating in 2005. After three years, the two secretly registered their marriage in Las Vegas. In the middle of 2011, rumors about a troubled marriage began to surface, and Leon attempted to salvage the relationship by giving Gaile expensive gifts. Although the couple denied the rumors, in October of 2012, they officially announced their divorce, citing incompatible views on life. Since then, Gaile was seen vacationing with friends and is most recently linked to New Zealand surfer Cuz. Leon, on the other hand, remained quiet about the divorce.

Recently, Leon sat down with Hong Kong magazine East Week to share his thoughts on his heartbreak, love, and his current lifestyle. When asked to speak about Gaile, Leon said simply, “… [We are] not enemies, but are also no longer friends.” Reflecting on their seven-year relationship, Leon feels helpless about its failure but also accepted reality. “When it is time for a relationship to end, you must accept it. Once you have accepted it, will you be able to face something new? Of course!”

While he has moved on, Leon does not make love a priority and will instead leave it up to fate. “Everyone has a different destiny, and will come upon different situations. We can’t save the outcomes of every relationship into a folder of negativity. Life is very profound, like an endless abyss. If I were a fortune teller today, I would tell you my fortunes, but I am not. I can only give you an open-ended response.”

When asked if he will again consider marriage, Leon also cannot provide a solid answer. “Will I get married again? I can’t answer you. Maybe the other person wouldn’t want to get married. She may say, ‘Let’s not. I have much more money than you do; let’s not get married’. Right? No one knows for sure.”

Having children is even lower on Leon’s list of priorities. When asked, the 47-year-old shared that he has not even considered the matter. “As humans, we should not think too much. You can’t escape when you are meant to have children. On the other hand, if having kids is not in your future, then there is nothing to think about. I feel that it is better for me to take care of myself for now, and not have to watch over another person. It is a big responsibility.”

Leaving his unpredictable life up to fate, Leon tries not to spend too much time worrying about it and instead keeps an optimistic view about his future. When asked if he has gotten used to coming home to an empty house, Leon quipped, “It is better this way! I am no longer forced to squeeze five shelves full of clothes onto just one. Usually the other person would take over the entire closet; I didn’t have any personal space!”

Aside from reclaiming his territory at home, Leon also enjoys spending time alone living a full life. Every year, Leon tries to give himself a few days off to enjoy a proper vacation. “It is fun. I don’t have to worry. I’d go eat and maybe ski. People think that Leon Lai really knows how to enjoy life, driving cars and sailing at sea. In reality, it is only because I cannot go to a public swimming pool. I can disguise myself at the pool so you won’t recognize me. I would be able to look around and check out the ladies. That would be pretty fun! At the end however, someone would snap a photo and claim that I am sneaking a peek at some girl’s chest!”

Joking aside, Leon definitely considers passion as an important part of life. Speaking about life and death, Leon said without hesitation, “If the world ends tomorrow, I would eat an awesome meal today. I would also not waste any time and find someone to make love with while I wait to die. That will be it!” To Leon, life is all about its quality over its quantity. “I don’t care too much about keeping good health. I always feel that how long we can live is something that has already been determined. It is not a big deal to me. I wouldn’t care if I die at 60. It is best to go when my eyes are shut and not conscious of what is going on at all.”

36 comments to Leon Lai on Ex-Wife Gaile Lok: “Not Enemies, But No Longer Friends”