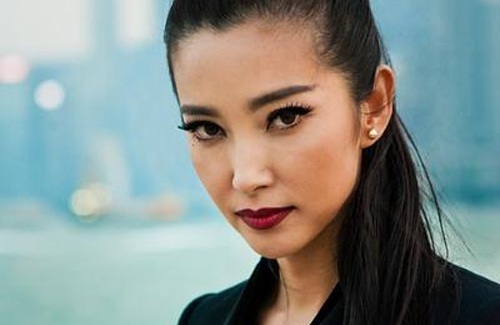 Though details are still under wraps, Realm is based on an original idea by Stan Lee and will feature Li Bingbing as a superheroine. In addition to starring, Bingbing will serve as the movie’s executive producer. She also participated in the creative process, having met with the screenwriter and production team over the past year.

“What a kick it has been to create our first Chinese female superhero, and an empowering one at that,” remarked Lee. “It has been such a fun experience bringing to life an international woman character, and the ability to do so has been different from anything we’ve ever done! I am thoroughly enjoying every minute of it.”

Realm will be a joint production between Stan Lee Global Entertainment and the mainland Chinese production-distribution company Fundamental Films. It will be Bingbing’s first time working with Marvel Comics, though not her first foray into Hollywood; she previously appeared in Resident Evil: Retribution and Transformers: Age of Extinction.

For Bingbing, the idea of portraying a Chinese superheroine was one of the things that attracted her to the project, and she hopes that everyone will be able to enjoy the film soon. Although the movie’s synopsis has not yet been released, it can be inferred that the film will somehow be related to tigers, judging from the Chinese title, which translates to “Hero/Heroine of the Tiger’s Shadow.”