Linda Chung Has Given Birth! 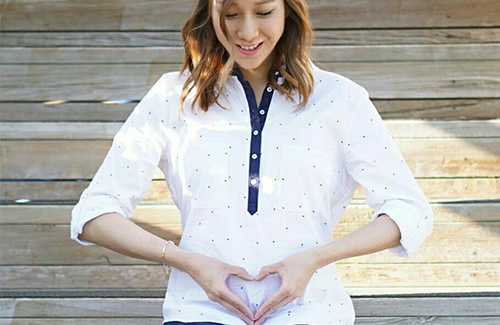 Linda Chung (鍾嘉欣), who married her non-celebrity boyfriend Jeremy Leung earlier this year, has given birth!

The TVB fadan has yet to make the announcement herself, but several reliable sources are saying that Linda has already given birth earlier this week. The information was apparently leaked by the birth clinic Linda was staying at in Vancouver. Other sources say that Linda’s husband has already taken paternity leave.

Reporters reached out to Linda’s close friend, Christine Kuo (苟芸慧), for confirmation. However, Christine said she has “no idea” about Linda’s delivery, but added, “The girls and I just talked and decided to wait for Linda to announce it herself when it’s time!”

TVB executive Virginia Lok (樂易玲), who is in Beijing for an event, said she has not received any information about Linda’s delivery. Linda’s manager echoed that statement, and said, “Seriously? [I’m] on the phone. Will reply soon!”

33 comments to Linda Chung Has Given Birth!