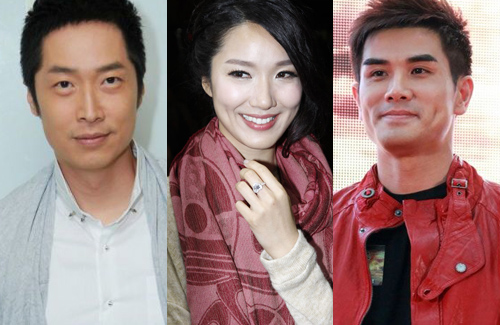 Linda Chung‘s (鍾嘉欣) sudden wedding announcement may have shocked fans, but her close friends already knew about her marriage beforehand. Although the wedding banquet will take place on February 27 in Vancouver, Linda’s celebrity friends plan to attend the wedding.

Wong Cho Lam (王祖藍) stated, “My wife [Leanne Li 李亞男] was the first to know! She was so good at keeping it a secret, she even kept it from me!” When Linda eventually introduced Jeremy to Leanne and Cho Lam, the 41-year-old chiropractor impressed them. Cho Lam praised Jeremy for being a good match for Linda, “He’s very gentlemanly and is also a Canadian-born Chinese and a devout Christian, just like Linda. He’s also definitely taller than me!”

Tasked to keep Linda’s marriage a secret for several months, Grace Wong (王君馨) expressed a mix of both joy and relief. She said, “I’m so glad, I can finally publicly be happy for her! [Her husband Jeremy] is a good man, and they are both so compatible. Hope that they will start a family soon and live happily ever after!”

Christine Kuo (苟芸慧) will be one of the bridesmaids. Christine expressed delight at Linda’s upcoming wedding banquet, “I’m very happy for her! See you in Vancouver!”

Steven Ma (馬浚偉), who became close friends with Linda after their multiple collaborations in dramas, initially tried to help Linda cover up with the paparazzi. After learning that Linda had officially announced her marriage, Steven said, “I am of course very happy for her. She invited me to her wedding, but I can’t go due to filming commitments. I’ve already had a meal with her to celebrate. I’m so, so happy for her!”

Ruco Chan (陳展鵬), who also frequently collaborated with Linda was once rumored to be romantically involved with, expressed his happiness for her. The pair also recently traveled to San Francisco and Las Vegas to perform in a series of Lunar New Year concerts. Ruco said, “I’m very happy and very moved! I sincerely wish her happiness and joy in her life.”

Philip Ng (伍允龍), who had dated Linda for eight years before breaking up in 2015 due to indecision over their future plans, also issued his congratulations. Philip said, “After receiving this news, I’m very happy for Linda. I wish her happiness in her new marriage. God bless her and her family.”