Lisa Chong Lost Nearly HK$80,000 After Her Purse Got Stolen 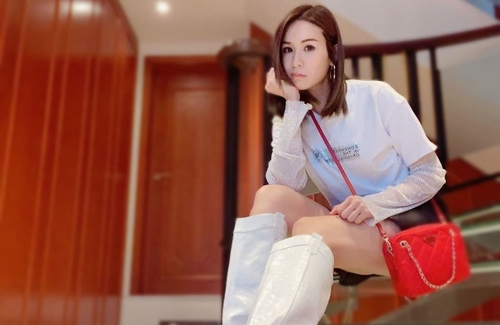 Recently, actress Lisa Chong (莊思明) has fallen victim to purse stealing while she was shooting outdoors in Mongkok for the upcoming drama, Super Emissary <超能使者>. Besides losing her luxury purse worth $15,000 Hong Kong dollars, her credit card was used to purchase items totaling HK$57,000. Lisa immediately made a police report after the discovery, and officers have since apprehended two suspects. However, their accomplices remain at large, and police have yet to recover the purse.

Lisa accepted an interview after the incident and expressed that she is miserable and in great despair. She had noticed her purse was missing from the TVB wardrobe vehicle at 1:20 p.m., but she thought someone had just misplaced it. It wasn’t over an hour later that she received notifications of bank transactions on her phone. “I received the first notification at 1:42 p.m. There was a total of 10 transactions. I’ve canceled all the cards immediately and reported it to the police,” Lisa shared.

How Police Found the Suspects

The police easily tracked the culprits down and arrested a 37-year-old man and a 38-year-old woman after her credit card was being actively used in Mongkok stores later in the evening between 5 p.m. and 8 p.m. According to sources, the male was extremely defensive during the arrest. Multiple officers used forced to subdue the suspect. The woman is suspected of committing car theft and theft by deception, while the man is also suspected of committing the same crimes but with an added offense for resisting arrest.

Lisa noted that the theft was most likely planned because not anyone can easily enter the van. “There is a driver in the van, and no one should be able to casually enter the van either. I don’t think it was the other actors who would’ve done it because they got on the car later than me. But the entire case is so strange because I’ve only heard from my colleagues that they would lose some money from the wardrobe vehicle, but not to the extreme where the whole bag was taken,” she explained.

Lisa’s Boyfriend Attempts to Comfort her

The actress said this lesson taught her to avoid bringing valuables to work again and hopes that the other accomplices will be caught soon. “The stolen purse and credit card fraud totaled around HK$80,000. Even though the criminals have been caught, I still won’t be able to get my purse back. I would have to replace all my identification cards. I didn’t think that working for a few hours would make me lose so much money. This is the first time that this has happened to me,” the actress said with sadness. 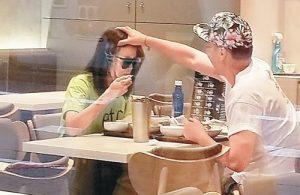 After such a major loss, Lisa’s boyfriend Mat Yeung (楊明) attempted to bring up Lisa’s spirits by taking her out to eat at a restaurant in Wan Chai. During their date, Lisa appeared to be in low spirits as she constantly looked down at her phone. Mat tried to comfort her by talking to her and softly patting her on the head.

Mat expressed in an interview that he was worried the thieves would also steal her car because Lisa’s car keys were in the purse as well. Luckily, the car remained safe. The actor said the criminals’ daring act shocked him, as there is CCTV in stores and on the streets everywhere.

5 comments to Lisa Chong Lost Nearly HK$80,000 After Her Purse Got Stolen