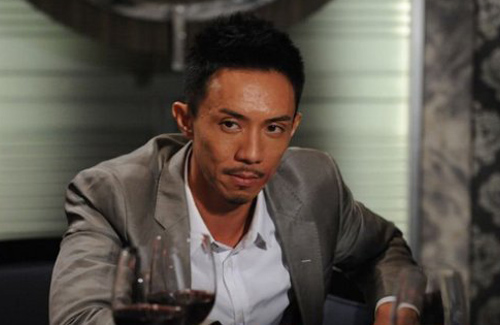 A series of successful dramas and performances put Louis Cheung (張繼聰) back on the radar. After his breakout performance in 2013’s Inbound Troubles <老表，你好嘢！>, Louis continued to prove that his strengths with Gilded Chopsticks <食為奴>, Black Heart White Soul <忠奸人>, and Raising the Bar <四個女仔三個BAR>.

Portraying a wooden and awkward trainee barrister in Raising the Bar, Louis’ kind heart won the hearts of many female characters in the series, including the four young leads Grace Chan (陳凱琳), Jeannie Chan (陳瀅), Moon Lau (劉佩玥), and Stephanie Ho (何雁詩). Getting along very well, the four girls decided to establish a fanclub for Louis.

Louis joked, “They really know how to make their Uncle happy! To be honest, we eventually became good friends because we were together everyday. They respect and take care of me. They never make me feel left out, or that I’m too old for them. I’ve found my youth in them. We made many great memories together.”

Louis is currently filming the drama Momentary Lapse of Reason <收規華> with Tavia Yeung (楊怡). His wife Kay Tse (謝安琪), is currently filming Blue Veins <殭>, starring opposite Kevin Cheng (鄭嘉穎). Both Louis and Kay are too busy for family time, but he believes one should not use time as a measurement.

“To give someone a sense of security, it’s not about how much time you put in it. If our relationship is a healthy one, even if we barely meet, we still know that we can trust each other.”

Blue Veins is Kay’s debut television drama. Asked if Louis has offered Kay any advice, he laughed and said, “I try not to give her too much advice, because we have different ways of doing things. We’re both very boastful! Honestly, if we have different tastes, we would have never become husband and wife. The reason why are together is because we see many things in common, and we know how to admire each other from that aspect.”