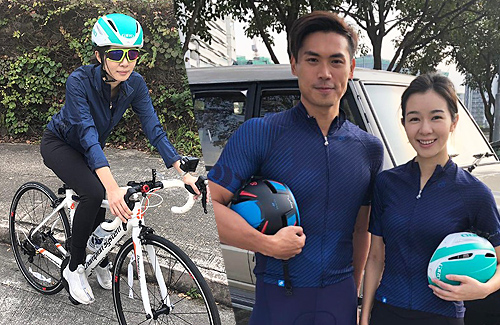 Louisa Mak and Bryan Poon to take an international cycling trip together.

In January, TVB actress Louisa Mak (麥明詩) will be going on a 25-day cycling trip. Starting from Hong Kong, Louisa will cycle through Vietnam, Laos, Thailand and Cambodia. The journey will be filmed by TVB and accompanying her will be TV host, Bryan Poon (潘梓鋒) as well as the charitable organization’s Wong Tak Chi (王德志). The funds raised will benefit a charity for children’s causes. 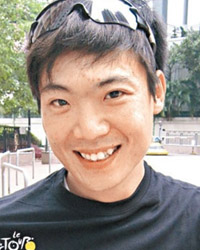 To train for her cycling trip, Louisa revealed that she has been cycling with former 2008 Hong Kong Cycling Olympian, Wu Kin San (胡健燊). As Louisa had been cycling with Wu Kin San once or twice a week, she did not rule out having sparks with him. Laughing, Louisa also disclosed that he is single as well. She said, “But we’re friends right now.”

Making an appearance for the opening ceremony of a restaurant today, Louisa attracted much attention. The 27-year-old actress interacted with fans by personally cooking and selling noodles.

When Louisa was asked if she would start her own restaurant business, she replied, “No, starting your own restaurant is really hard. I will leave it to the professionals. These days, I have trying to gain weight and store fat as I will be cycling in Cambodia for a show. I’m not sure if I can finish the entire trip, but thankfully there will be a backup car.”

Louisa’s ex-boyfriend, lawyer Joseph Lam (林作), recently posted pictures taken in his birthday suit on his birthday. Although Louisa was aware of it, she was not surprised as she thought her ex-boyfriend is adventurous. Louisa also commented that she did not receive his nude pictures when they were dating.