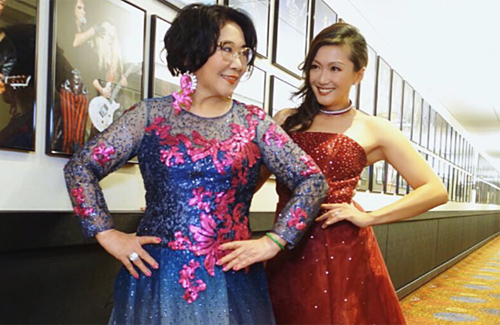 The veteran actress repaired ties with her daughter years after her first divorce.

In the recent repeat telecast of 2010 drama Only You <Only You只有您> on TVB, actress Louise Lee’s (李司棋) onscreen character had a fallout with her daughter, played by Natalie Tong (唐詩詠). Coincidentally, the plot mirrored Louise’s ties with her daughter in real life, where the pair had once lost contact.

Both Marriages Ended in Divorce

In the drama, Louise had separated from husband played by Lau Dan (劉丹) for years without formally divorcing. When she got to know a man later on, her onscreen daughter Natalie tried to convince her to get divorced so she could begin a new relationship. However, Louise came to realize that Natalie had maintained contact with Lau Dan all along and therefore felt betrayed and upset, causing mother and daughter’s ties to sour.

In real life, both of Louise’s marriages ended in divorce. Marrying Hong Kong’s chief forensic pathologist Yip Chi Pang (葉志鵬) in 1971, she gave birth to their daughter Leslie Yip (葉子青) three years later. She divorced her husband after discovering he was having an affair in 1989. As Leslie chose to stay with her father, the mother-daughter pair lost contact for a period of time, only repairing their relationship years later after reuniting.

Was one of TVB’s Top 4 Fadans 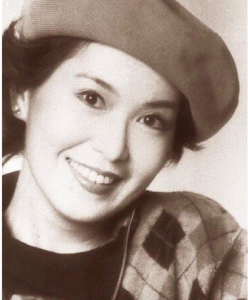 A graduate of the second artistes’ training class in 1967, Louise had taken part in Miss Hong Kong Princess beauty pageant in 1968 and emerged the winner. She had starred in many classic series including Chun Fai <春暉> in which she played female lead for the first time and The Story of Three Loves <啼笑姻緣>. Returning to TVB in 1978, Louise starred in numerous dramas directed by renowned Hong Kong producer Kam Kwok Leung (甘國亮) such as No Biz like Showbiz <山水有相逢>, Mo Seung Po <無雙譜> and more. At the time, Louise was a quarter of TVB’s “Top 4 Fadans” along with Lisa Wang (汪明荃), Gigi Wong (黃淑儀) and Angie Chiu (趙雅芝), as the four were collectively known.

She migrated to Canada after marriage and returned to Hong Kong in 1990, acting in dramas and winning viewer recognition for her classic onscreen roles in well-received dramas, such as Aunty Shin in A Kindred Spirit <真情> and Dai Kai in Heart of Greed <溏心風暴>.

Leaving the station in 2015, Louise makes less onscreen appearances now but regularly updates about her daily life on Instagram, posting about her two pet dogs and enjoying time with friends. She has uploaded a photo with her daughter which she captioned as her “family portrait”, and also shared about friend gatherings with veteran actors and actresses, evoking nostalgic memories for many fans.

Louise Lee on a Mother’s Love

Catching Up With Louise Lee’s Retired Life In Zhongshan