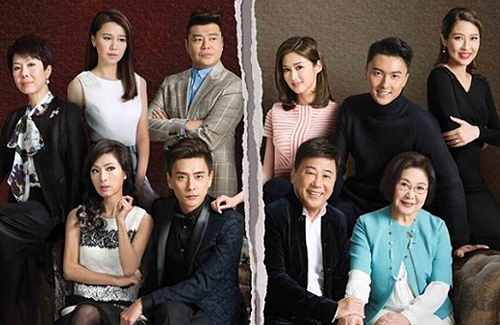 Despite the hype and buzz for TVB’s Heart and Greed <溏心風暴3>, the show’s ratings continue to slip. The total ratings for its second week of broadcast were 21. 5 points, which includes regular television and online viewers. In stark contrast to the record breaking ratings of the show’s predecessors Heart of Greed <溏心風暴> and Moonlight Resonance <家好月圓>, the third installment failed to sustain viewers’ interest.

The strong cast, however, failed to cover the flaws in Heart and Greed’s weak script. Were viewers tired of dramas centering around feuding families? In the last decade, many dramas centered around feuding families have been a hit, including the American TV series, Game of Thrones. Many popular Korean dramas also featured feuding families as well, but added more thrilling aspects to its plot such as corporate maneuvers. However, Heart and Greed’s depiction of family members fighting for corporate control only featured the constant arguments among its boisterous female cast; it did not feature new handling of an overused theme.

Combining comedy and paranormal elements,The Exorcist’s Meter <降魔的> was praised for being refreshing. Unlike The Exorcist’s Meter’s steady ratings, Heart and Greed will likely not see a rise in viewership if the storyline continues the way it is. If TVB maintains its habit of churning out dramas according to formula and keeping the plots as simple as possible, the station is failing to keep up with the changing of times and viewers’ more sophisticated tastes.