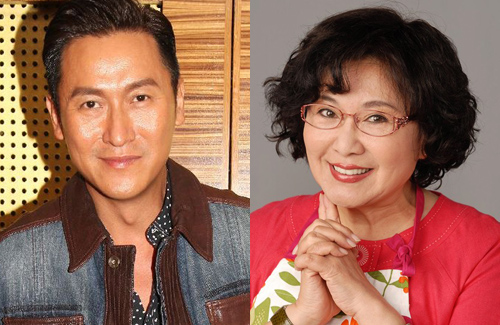 With declining quality and reception in TVB dramas, many established artistes are leaving the station. With stars such as Joe Ma (馬德鐘) and Louise Lee (李司棋) joining the list of actors who decided to discontinue their contracts, TVB will be focusing their promotional efforts to groom younger artistes.

Filming with TVB through a per contract series for the past few years, Joe admitted that Smooth Talker <以和為貴> will be his last series. Hoping to try new projects, Joe will split his time between working in Hong Kong and Mainland China.

Veteran actress, 60-year-old Louise Lee, also decided it is time to leave the station. In the 1970s, Louise, Liza Wang (汪明荃), Gigi Wong (黃淑儀), and Angie Chiu (趙雅芝), were named TVB’s Four Fadans due to their immense popularity. Unfortunately, fame and glory is not eternal – Louise revealed her thoughts about stepping down in order to give way to the new era actresses. “TVB’s development is focused on promoting young artistes. I don’t have a grudge against that. It’s very natural – who would write a script centered on a grandma? I also don’t want TVB to always have to take care of this grandma.”

A majority of TVB’s actresses come from a pageant background. However, opportunities for Miss Hong Kong pageant participants came especially quickly in recently years. Although relatively inexperienced and still raw in acting, newcomers managed to secure lead roles within two years of their debut.

With the expected departure of Myolie Wu (胡杏兒) this year, Tracy Chu (朱千雪) was given the lead role in EU: Overtime Mission <EU超時任務>. In Smooth Talker, Tracy is allowed to shine once again by portraying Kate Tsui‘s (徐子珊) sister who suffers from Asperger’s syndrome.