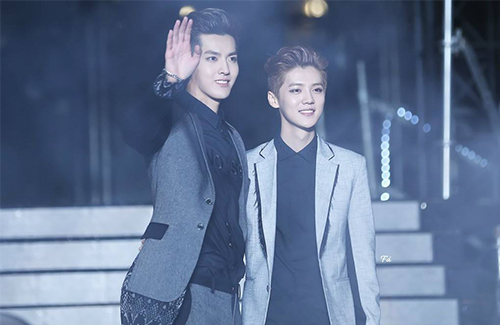 The lyrical music video, which dropped on April 1st, dominated Weibo’s trending list with several hashtags, including “I want a cup of coffee,” a lyric in the song.

On their respective Weibo accounts, Lu Han shared the music video with the message: “I want a cup of coffee” and tagged Kris. Fans originally thought it was an April Fool’s joke, only to be pleasantly surprised to hear Kris rapping in the song.

Kris responded to Lu Han’s message by saying: “Make that a cup of americano.”

The lo-fi hip hop song contains simple lyrics, which encourages everyone to “drink a cup of coffee” and find solace in a time of stress.

“Coffee” is Lu Han and Kris’ first collaboration since parting ways with EXO in 2014, two years after their debut.