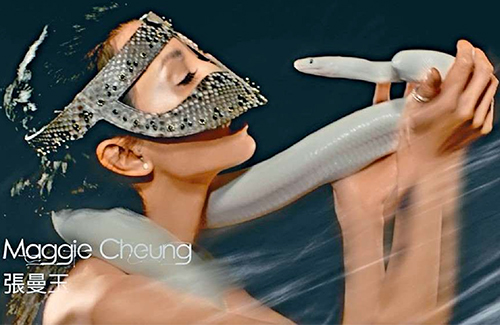 Film Queen Maggie Cheung (張曼玉) will be taking her first official steps into the music industry with her first plug “Look In My Eyes”, which will be unveiled on November 11. Maggie dropped the teaser for the quirky music video earlier this week.

Despite being a celebrated acting goddess, Maggie’s transition into music was not exactly well-received. During a performance for a music festival in Shanghai, Maggie was criticized for singing off-key, earning the new nickname “Voice of Hell.”

But critics have noted Maggie’s constant improvement over the past year. Her vocal performance in the ballad “If I Didn’t Have You” <如果沒了你>, the OST for the the film Cities in Love <戀愛中的城市>, earned a few applauses from critics, praising her deep voice.