With Rebecca living alone, rumored boyfriend Matthew is often spotted dropping by to spend time together.

Making an impression with her recent role as the ditsy Ma Si Lei in the drama Wonder Women <多功能老婆>, 32-year-old actress Rebecca Zhu’s (朱晨麗) stardom seems continually on the rise in her eighth year in the industry. Romantically linked to 31-year-old actor Matthew Ho (何廣沛) for the past three years, the two often display their love on social media while seemingly promoting the dramas they co-star in. Earlier, reporters spotted Matthew meeting up with Rebecca at her home for two hours during the night, hinting at their close relationship.

On December 19, reports surfaced that Matthew visited Rebecca’s apartment alone, and stayed for two hours before leaving. As Rebecca’s family are all living in China with her alone in Hong Kong, Matthew would drop by her home periodically to share takeaway meals or prepare food, spending sweet moments together.

The pair first became linked together in 2016 when Rebecca and Matthew collaborated on the drama A General, A Scholar and An Eunuch <超時空男臣>. They had great chemistry when filming The Great Soy Factory <大醬園> on set this year. While they insisted that they were merely friends, the two stars would often show off their love on social media, and also appeared close in shared photos.

In 2017’s TVB Anniversary Awards, both received recognition as Matthew garnered Most Popular Onscreen Partners together with co-stars Edwin Siu (蕭正楠) and Raymond Cho (曹永廉), while Rebecca won Best Female Supporting Actress for the same drama. With their careers on the rise, they have also kept their romantic developments low profile.

Rebecca Has Many Suitors

However, it seemed that the beautiful actress has many suitors. During her birthday at the beginning of December, she was treated to a birthday meal by a “mysterious man” who also gifted her a bouquet of roses with a birthday cake. She refused to reveal his identity, adding coyly that there were a few “mysterious persons” around, prompting guesses that there were several suitors in the picture. 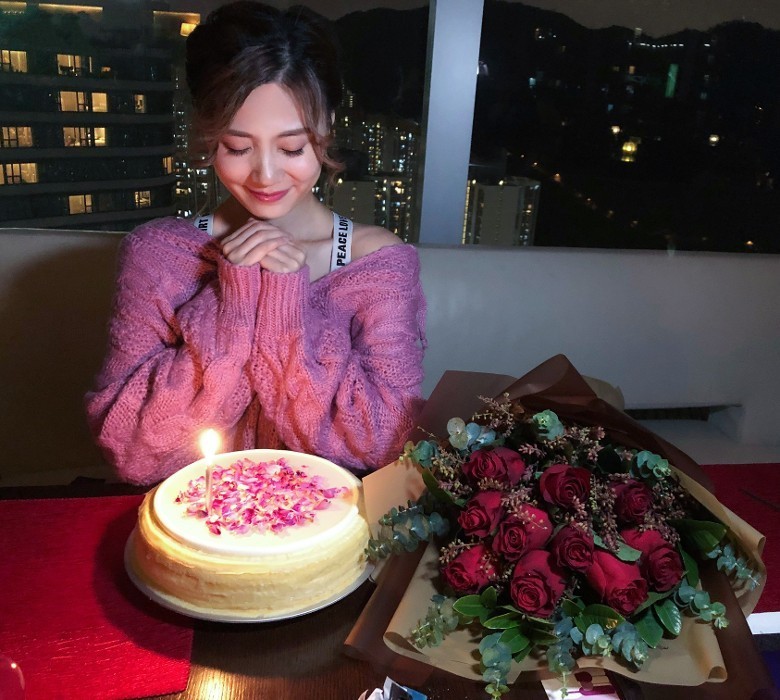