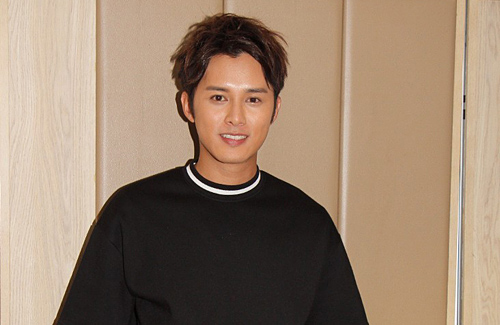 Matthew, who has heavy screen time in Life on the Line, said the pressure for high ratings is on co-star, Joe Ma (馬德鐘). But he has faith in the drama, as the script is really good. Matthew said there are no boring scenes in the first 10 episodes. Joe’s storyline has a lot of big scenes, while he also has exciting developments when his character joins the paramedics training program.

“My storyline is very youthful and emotional,” Matthew shared. “There’s a lot of emotional scenes, so I don’t really feel any pressure. I hope the audience will be hooked after watching the first episode and continue to follow the drama – then the ratings will increase steadily.”

He added that he would not show his muscles to increase the drama ratings. “I’ll leave that to Arnold Kwok (郭子豪) and Bob Cheung (張彥博)!” he exclaimed. “My next drama requires me to be slim, not built, so I actually have to lose some weight to accurately portray a person from the 70s and 80s.”

His upcoming drama, Golden Crime <黃金有罪>, takes place from 1977 to 1987 with Hong Kong as the backdrop. “I was rewatching myTV SUPER dramas from around that time, and I saw Simon Yam (任達華) was very skinny. He looked skinnier than anyone [at this premiere]. I don’t know if it was just stressful during that time or if it was the trend then. Even Ha Yu (夏雨) was really skinny at the time, so I want to be as slim as possible.”

Matthew Ho’s Performance in “Life on the Line”