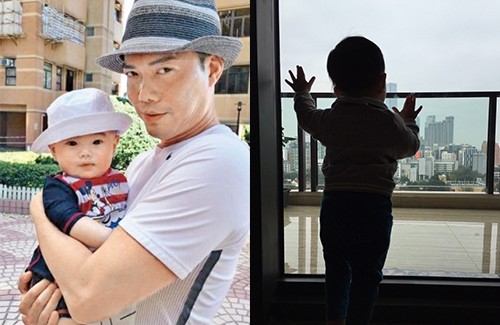 “Time flies by too fast,” wrote Michael on his official Weibo. “Tin Tin [Theo] just turned one year old today. I am satisfied to watch him grow and improve every single day. Wish everyone a happy and blissful year of the monkey!”

Michael and Tina were together for over ten years before they decided to tie the knot in 2005. The couple met when Michael was still a singer under the Rock Records label, and Tina was one of the label’s music producers.

The couple revealed in September 2014 that they were expecting Theo, who was conceived through artificial insemination. Theo was born via cesarean section on February 3, 2015.