Michelle Yeoh Does not Want to Discuss Politics 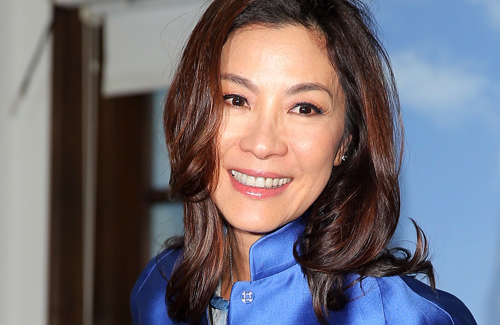 Despite her busy schedule, Malaysian-born actress Michelle Yeoh (楊紫瓊) set aside time to go back to Malaysia to openly support Prime Minister Datuk Seri Najib for the upcoming 2013 general election 2. Aware that her support of the controversial political party aroused criticisms, Michelle does not want to discuss and talk about her country’s politics outside of Malaysia.

In Malaysia early this month, Michelle expressly stood behind the Prime Minister and his ruling party. Against many netizens’ regard, she attended the gathering organized to show support for Najib. Not one to shy away from her opinions, she further urged the public to vote for the ruling party last Saturday. Her decision incurred the fury of many netizens who lashed out unrelenting verbal attacks at her.

However, now that Michelle is back in Hong Kong to attend Guerlain’s promotional event as the brand’s ambassador, she does not want to talk further about politics and insisted that all that she had wanted to say was already said in Malaysia.

No Time for Wedding

The usually tight-lipped Michelle was more ready to talk about her relationship with fiancé Jean Todt than politics. Since 2011, the couple has been travelling around the world, heavily promoting the Federation Internationale de l’Automobile (FIA’s) latest safety campaign. Recently back from Africa, Michelle will be busying herself with a new  major Southeast Asian project.

With little time left from work, Michelle and Jean are having difficulty finding time to get married. The couple hopes to be able to not only host a wedding banquet in Malaysia where Michelle’s family lives, but also around the world where all their friends are located. Due to the elaborate celebrations, their wedding plans may have to be deferred to next year.

In 2008, Michelle had introduced good friend, Isabella Leong (梁洛施) to Hong Kong billionaire, Richard Li (李澤楷). Despite their age differences, Isabella and Richard had three sons out of wedlock. However, the couple separated in 2011 amicably. When asked about Isabella’s new boyfriend, Michelle revealed that she has not been in contact with Isabella and did not know about her new beau. Michelle said, “As long as she is happy, I give her my blessings!”

4 comments to Michelle Yeoh Does not Want to Discuss Politics