With the Miss Hong Kong 2021 pageant currently underway, a shortlist of 28 contestants have entered a 10-day training camp at a new hotel in Sai Kung. The activities of the training camp will be recorded and broadcast on August 9, with the results of the first elimination round to be revealed then.

During the training, smaller breakout sessions will be run by prior pageant winners Anne Heung (向海嵐), Mandy Cho (曹敏莉), Rebecca Zhu (朱晨麗), Regina Ho (何依婷) and Sammi Cheung (張秀文幾), who will share their advice. The contestants will be judged based on their attitude and overall performance, with six to seven contestants likely to be eliminated in its first round. 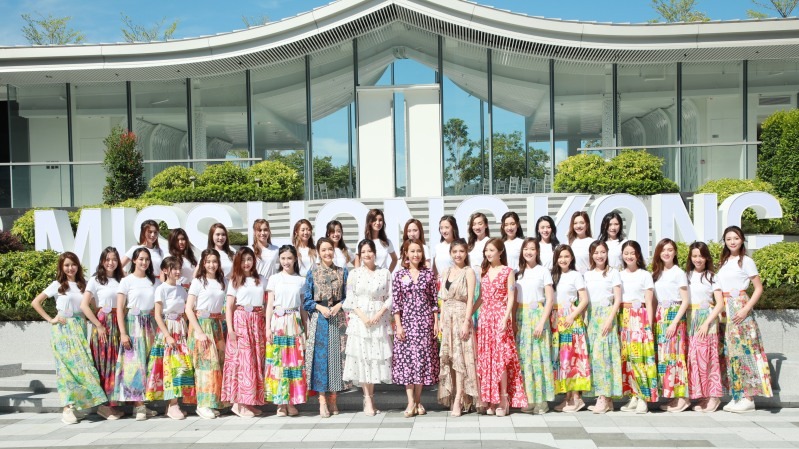 Although TVB only arranged a brief press meet earlier, many personal details of the candidates have already been leaked. Many of this year’s candidates are highly educated and older in age.

With nine contestants over the age of 26 and 27, several contestants hold master degrees from well-known universities, including actor Eddie Kwan’s (關禮傑) daughter Fabienne Kwan (關楓馨), Vivienna Lai (賴彥妤), Nina Liang (梁凱晴), Fiona Dai (戴佳敏), and Cathy Wong (王嘉慧). Although Joan Ma (馬祖雁) is a Cambridge MBA graduate, she does not know former winner Louisa Mak (麥明詩) personally, but definitely sees her as a role model due to her outstanding achievements.

Aside from their education, some of these candidates became instant media favorites due to their good looks. Fabienne, Nina, Fiona, Yvette Chan (陳聖瑜), and Anna Wang (王嫿嫿) have received much buzz since their photos were released.

Fabienne shared about her decision to enter the pageant and why she quit her full-time job. “The reason why I’m only participating now is because I finally feel mature enough to do so.” As she is already 26 years old, Fabienne realizes this is also her “last chance.” With all eyes on her since she is Eddie’s daughter, did she feel a lot of pressure? “No – I’m only being myself. My dad just told me to train and work hard. I have to ensure that I’m keeping myself fit and that I’m in my best shape.”

Nina, who also resigned from her marketing job to participate, said it was not an easy choice but it was the only way for her to compete. Hoping to lose some weight before the finals, Nina will work hard to shed the extra pounds.

Although the media has focused on the more popular candidates, two particular contestants – Nicole Mak (馬嘉希) and veterinarian Katerina Leung (梁菁琳) are said to have slim chances due to their looks and figures. However, both are determined to try their best.

The contestants will be undergoing rigorous training, with the finals for Miss Hong Kong 2021 to be held on Sunday, September 5.