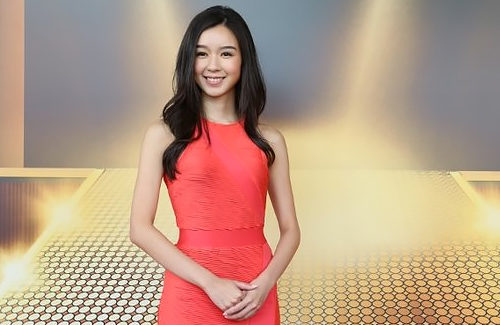 Meeting with 134 applicants, the first round of interviews for the Miss Hong Kong 2015 Pageant completed this week to mixed reviews. Although netizens gave mediocre responses to the majority of the applicants, one contestant stood out among the rest.

Contestant Louisa Mak (麥明詩), touted as the younger version of actress Charlie Yeung (楊采妮), has been gaining some interest online. Aside from her innocent and pretty looks, she is also well-educated, and is voted by netizens for having the best chance to win the crown this year. The 23-year-old recently graduated from the University of Cambridge with a B.A. in Law and is notable for scoring a rare 10A in the HKCEE when she was attending Diocesan Girls’ School.

Louisa, born and raised in Hong Kong, is the youngest daughter of respected parents. Her father is the Vice Principal of the S.K.H. Lam Woo Memorial Secondary School, and her mother is a professional therapist. Like Louisa, her older brother is also academically successful, and he is currently studying medicine at the Chinese University of Hong Kong.

Gaining media attention for obtaining 10A in the HKCEE back in 2009, Louisa had said in an interview that she wanted to study law. She looks up to Dr. Margaret Ng (吳靄儀) and Audrey Eu (余若薇), two former members of the Legislative Council, and aspires to be as successful as them. Interested in serving her community, Louisa also said she wanted to become Hong Kong’s female Chief Executive.

After taking her HKCEE, she went to Wellington College in England to further her studies. The A-level student was then accepted into the University of Cambridge, where she earned a B.A. in Law.

In addition to her academic success, Louisa is also an active volleyball player and had participated in the MassMutual Jr. Space Camp in the United States when she was younger.