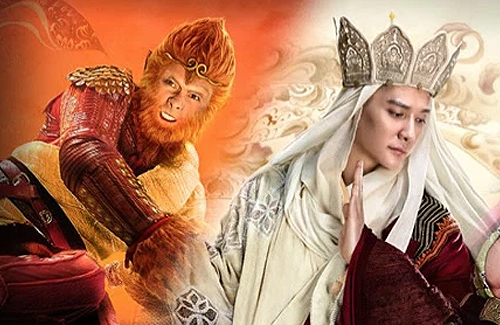 Tang Sanzang (William Feng) and his three disciples Sun Wukong (Aaron Kwok), Zhu Baije (Xiao Shengyang), and Sha Wujing (Him Law) arrive in the all-female Women’s Country. Since the country’s founding, there have not been any men who are regarded as the enemy. Based on the prophecy found in the books, a monk from the east will arrive with a monkey, pig, and a little blue man. When this day arrives, this will mark the destruction of Women’s Country.