“My Unfair Lady”: A Different Kind of Gentle Woman 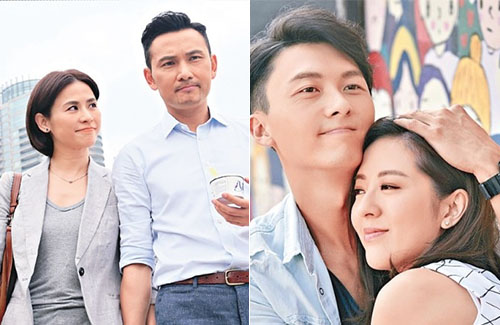 The drama centers on Mall (Jessica Hsuan), a successful career-minded woman who re-encounters an ex-boyfriend Gordon (Frankie Lam), who she broke up badly with over fifteen years ago. Gordon, cheeky and promiscuous, likes to get on Mall’s nerves at the office, much to the amusement of most of her coworkers. Kaman Kong (江嘉敏) and Yeung Chiu-hoi (楊潮凱) play the younger Mall and Gordon.

As Producer Kwan likes to put it, My Unfair Lady is a drama that “brings justice” to [Hong] Kong girls. The story follows several different Hong Kong women and their different perspectives on love—while some like to avoid it, others crave for it. Natalie Tong, who plays Cherry, falls in love with the “cheap” Saving Gor (Vincent Wong) after a bad breakup with Hanson (Lai Lok-yi), who cheated on her. Just as their love starts to blossom, a cute Taiwanese girl Chunchun (Mico Chang 張瑋純) comes in between them, forcing Cherry to find alternative ways to win back Saving Gor’s heart.

But Cherry really didn’t need to change at all.

“Hong Kong women possess a different kind of gentleness,” said Producer Kwan. “They stick with their loved ones through thick and thin, for better or worse.”

My Unfair Lady is Natalie’s first collaboration with Vincent. “Although this was our first collaboration, everything turned out really well for us,” she said. “There was a lot of chemistry and sparks, and we also think the same as well. We share a lot of the same ideas about acting.” (Even in love as well?) “I don’t know about that. We never talked about it!” (Do you guys have a lot of kissing scenes?) “Not too much, but we spent a lot of time together for the show, so we had time to get in character. It wasn’t embarrassing at all.”

Meanwhile, Samantha Ko plays Mi, a girl from the Mainland who lands a job at Mall’s office, and gets involved with Gordon. On working with Frankie, Samantha said, “There was a lot of pressure at first. My character is very flirty, so as every small touch would attract a man. Because I’m such a wooden person, it was really embarrassing at first!”

The 30-year-old said she learned a lot about being gentle through her role, saying, “You don’t need to sound very cutesy. Just don’t be so straightforward in your speech.” (Were you not a gentle girl before?) “That’s not really in my personality.”

My Unfair Lady premieres on May 1 through TVB Jade and TVB’s streaming service, myTV SUPER.

12 comments to “My Unfair Lady”: A Different Kind of Gentle Woman