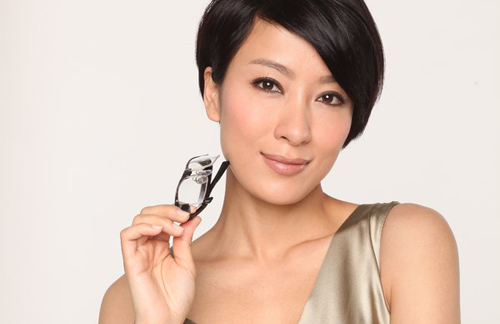 TVB’s top leading actresses Myolie Wu (胡杏兒) and Tavia Yeung (楊怡) are going head to head on competing for this year’s TV Queen! Myolie and Tavia are two of TVB’s most prolific actresses, appearing in big-budget dramas this year which will tip the TVB Anniversary Award chances heavily in their favor!

Myolie, who won multiple Best Actress awards last year for her performances in the highly successful dramas, Ghetto Justice <怒火街頭> and Curse of the Royal Harem <萬凰之王>, already has five dramas in her hands this year. Myolie kicked off the year with her romantic comedy, Wish and Switch <玩樂無窮>, which is currently the 10th highest-rating TV drama for the first half of 2012. Her period drama House of Harmony and Vengeance <耀舞長安> raked in an average of 30 points, and is currently the 5th highest-rating TV drama. Following Wish and Switch and House of Harmony and Vengeance is the highly anticipated Ghetto Justice 2 <怒火街頭 2>, which will premiere in July 30th.

Currently, Myolie is finishing up her final scenes in the romantic drama, Seasons of Love <戀愛季節> with Kenneth Ma (馬國明). She will film blockbuster production, Triumph in the Skies 2 <衝上雲霄 2> with Francis Ng (吳鎮宇) andChilam Cheung (張智霖) in late July.

However, Tavia does not fall far behind. Also billed with five dramas, Tavia’s The Hippocratic Crush < On Call 36小時> is critically acclaimed and is currently the highest-rated drama of the year. Her upcoming dramas,  Silver Spoon, Sterling Shackles <名媛望族> and Justice Attack <法網狙擊> are also highly anticipated grand productions. In the end of the year, she will begin filming A Great Way to Care 2 <仁心解碼2> with powerhouse actor Alex Fong (方中信).

When asked if she is churning out more dramas per year to increase her chances of winning the Best Actress Award, Tavia responded, “The quantity of dramas doesn’t matter; I’m just doing my job!” She added, “Winning an award is not as important as winning praise and acceptance.”

A few days ago, Tavia and Michael Tse (謝天華) were spotted filming by the beach in Tsim Sha Tsui for the drama, Justice Attack. Due to the humid heat of mid-summer, Michael got so sweaty that his light blue shirt turned dark blue within one take! Having to wear a jacket, Tavia was also drenched in sweat. Michael said, “At least we’re not filming a costume drama! Modern dramas are much more comfortable in comparison.”

In the scene, Michael’s character proposes to Tavia’s character for her hand-in-marriage a second time, despite knowing that she is diagnosed with an incurable disease. However, not wanting to be a burden for Michael, Tavia rejects him once again. Tavia and Michael also disclosed that while this scene will be in the latter half of the drama, it will not be the final ending for their characters.