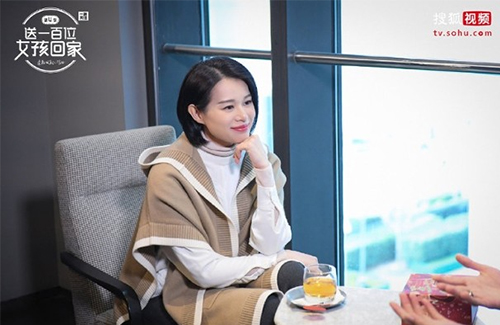 Myolie Wu (胡杏兒), who recently announced her third pregnancy, opened up about her difficulties of getting cast in a lead role after debuting in the Chinese entertainment industry.

Last month, Myolie beat out 11 other contestants to win Best Performer on the second season of Everybody Stand By <演員請就位>, a Chinese competition featuring actors against actors. Despite the show’s popularity, Myolie still hasn’t had luck to sign on a lead role on a mainland Chinese drama. In an honest interview with Dingding Zhang (丁丁張) for the fourth season of Bring A Hundred Girls Home <送一百位女孩回家>, Myolie admitted that she’s never had a lot of confidence in regard to her career in mainland China. She finds herself stuck in a limbo where she is unable to find opportunities to lead in a drama series. 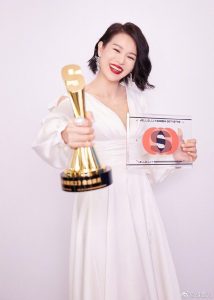 “To be honest, it was never easy,” admitted Myolie. “It’s hard to be fair in this industry.” Dingding Zhang gasped and said, “Even Myolie Wu is saying this!” Myolie responded, “Of course! Who is Myolie Wu? Saying that I’m Myolie Wu doesn’t mean anything!”

Social media trends often define a celebrity’s popularity in mainland China, but Myolie was never interested in getting on board with trend manipulation. Dingding Zhang commented, “And this shows that you have a passion for acting.”

After winning TV Queen in Hong Kong for her performance in Curse of the Royal Harem <萬凰之王>, Myolie went on to star in a few more dramas before ending her contract with TVB in 2015 to focus her acting career in mainland China.