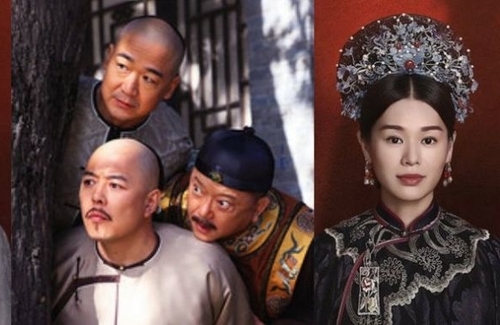 Right before Chinese New Year rolled around, actress Myolie Wu (胡杏兒) confirmed the good news of her second pregnancy. Despite expecting, the 39-year-old star kept productive by filming The Last Cook <末代廚娘> in Hengdian, which proved beneficial as she noticed both her acting and cooking skills have improved a lot once shooting wrapped up.

For The Last Cook, the ‘supermom” collaborated with veterans Zhang Guoli (張國立), who also produced the drama, Wang Gang (王剛), and Zhang Tielin (張鐵林). “Teacher Zhang Guoli teaches actors how to act on the set,” Myolie revealed. “I was very nervous but he was satisfied with my performance.”

She also praised actor Zhang Tielin’s friendliness, stating they would often eat dinner together after filming. She added that Hong Kong singer Stephy Tang (鄧麗欣) was also in the drama, but the two didn’t have many scenes together.

In the drama, Myolie has a palace maid doing everything for her, so she did not have to cook on set herself. However, she tried to pick up as many new skills as possible to cook for her family back at home. But since  Hengdian’s cold made her fall ill, she said, “Once I return to Hong Kong, I will take care of my body. I will also spend more time with my son since he is becoming a big brother soon,” she said. After returning to Hong Kong, she met up with Anita Yuen (袁詠儀), who posted a photo of her holding Brendan.