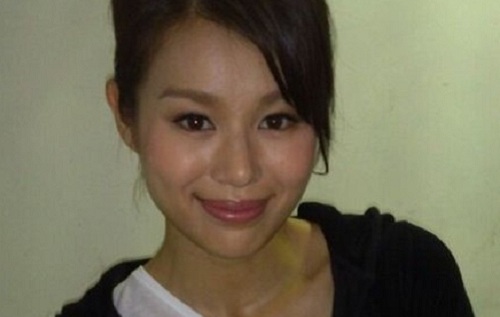 Since House of Harmony and Vengeance aired, it has averaged between 29 to 30 points in its first four weeks of broadcast in Hong Kong. Myolie Wu considered the ratings to be above average. Bobby Au Yeung hoped to treat the cast to a dinner while watching the finale together. Unfortunately, Linda Chung will be unable to attend since she was currently filming new TVB series, Blissful Ferris Wheel <幸福摩天輪>.

Since winning the TV Queen title last year, Myolie Wu’s commercial value has increased. Filming more mainland dramas and product endorsements, Myolie debuted on the 2012 Forbes China Celebrity 100 list in the 69th position. Good food and a less hectic filming schedule in mainland China may have attributed to her recent 10-pound weight gain. Myolie joked, “My bottom has rounded out! For 30 years, I never had a pat pat!” However, she maintained that her chest size did not increase despite the weight gain.

Linda Chung’s quiet millionare status was revealed recently, as she was exposed to be the owner of two properties in Hong Kong and one  luxury home in Canada. It was also rumored that she was straddled with hefty medical bills due to her elder sister’s unstable emotional state earlier, causing her to be even more frugal. Linda clarified that her elder sister was healthy.

Regarding her well known frugality despite her millionaire status, Linda replied, “I do not have a maid at home. I even shop for my own groceries! I am very practical. Frugality is a virtue!”

Jayne: Perhaps House of Harmony and Vengeance has no new material, thus its ratings has been mediocre. Bobby Au Yeung has traditionally excelled in this genre, so maybe he can pull miracle ratings for the drama when it airs this week.