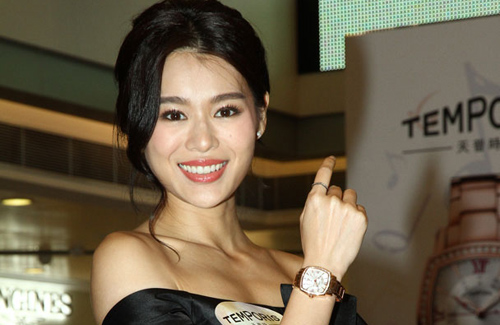 With her TVB contract ending next year, TV Queen Myolie Wu (胡杏兒) said she is still uncertain about her decision. She is still considering the terms carefully to weigh her career opportunities.

“I haven’t renewed the contract yet – it hasn’t expired yet and we’re still in discussion. I’m not young anymore; I need to think it over. I’ve been working for many years now and it’s time to think about where I should head next. I’ve already been in the industry for 16 years.

“I just don’t want to put too much pressure on myself because there’s more to life than just working. Other [companies] talked to me, but money is not the most important thing,”  Myolie said.

Turning 35 years old on November 6, Myolie plans to have a simple dinner with family and friends on her birthday. Currently single, Myolie said she will not date for the sake of having a boyfriend.

In response to ex-boyfriend, Bosco Wong’s (黃宗澤) romantic life, Myolie replied, “You shouldn’t be asking me about this anymore. It’s natural for him to have a girlfriend or meet someone new. I wish him well no matter what, as long as he’s happy.”

After completing Lord of Shanghai <梟雄>, Myolie will immediately go to China to film another series.