TV Queen Myolie Wu (胡杏儿) works hard to maintain a happy balance between work and family. Announcing the arrival of her third son Liam on April 6, she rested for two months before resuming work. The 41-year-old actress was not in a rush to resume work as she is still breastfeeding, but she has too many outstanding jobs and feels guilty to continue postponing them.

Gaining popularity in China after Everybody Stand By <演員請就位> aired last year, Myolie won Best Performer of the Year award on the acting competition show. Her Weibo following has since increased to 11 million followers, making her one of several Hong Kong actresses with significant social influence in China and plenty of job opportunities.

Earlier, Myolie posted on social media, “I am back!” to show that she is ready to be working in full gear mode. Excited fans commented that they could not wait to see her back in a drama and praised her beautiful looks. 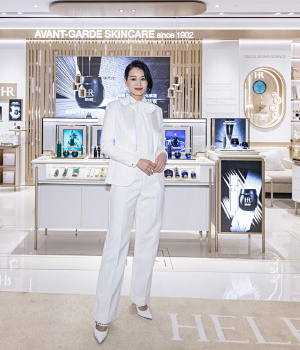 A week later, Myolie is seen attending a brand event in Shanghai. She shared, “I actually couldn’t bear to leave my children, especially my newborn son. But thankfully, my mother-in-law is there to help me out. Since my doctor advised that the baby should consume breast milk for six months after birth, I’ve been refrigerating fresh breast milk and express delivering it to Hong Kong every day.”

Taking only her second son Ryan along on the work trip, Myolie is estimated to stay in China for the next three to four months. She will be travelling to Beijing and Tianjin to film an upcoming drama.