In the entertainment industry for over 18 years and winning TVB Best Actress twice, Nancy Wu (胡定欣) has already accomplished a lot in her career. But the 37-year-old actress’ love life currently remains blank after several failed relationships. 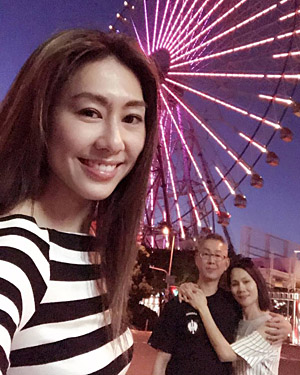 Celebrating her parents’ 39th wedding anniversary on April 1, Nancy posted a photo on her Instagram congratulating them on their beautiful marriage. Nancy wrote, “I’ve always asked, what is marriage? What does it encompass? Is it necessary? Do I need a marriage? I don’t have a definite answer, because I will know when that [special] person appears. Daddy and Mommy, happy 39th anniversary! Forever, forever happiness.”

While many of her friends posted comments and offered their blessings, some fans said they hoped Nancy can find her own happiness soon.

The Men in Nancy’s Life

Entering the industry in 1999 in the popular TVB International Chinese New Talent Competition <全球華人新秀歌唱大賽>, Nancy rose slowly through the ranks – from portraying minor roles to becoming one of TVB’s most valuable actresses. Over the years, Nancy has played many heartwarming roles, including the memorable Coco from Triumph in the Skies <衝上雲霄>. After winning the Most Improved Female Artiste award in 2012 for her role in Gloves Come Off <拳王>, Nancy was given more leading opportunities that eventually led to her Best Actress award in 2015’s Ghost of Relativity <鬼同你OT>.

In contrast, Nancy’s romantic life has been less smooth than her career. Openly admitting to dating four men in the past, including Deep Ng (吳浩康), Kenneth Ma (馬國明), businessman Patt Shum (沈栢淳), and musician Terry Chan (陳明道), Nancy has been unable to sustain the relationships.

Then in 2015, Nancy was linked to Ruco Chan, her co-star in A Fist Within Four Walls <城寨英雄>. Despite both denying the allegations, the pair was often linked together and didn’t seem to mind for promotional purposes. However, the rumors were finally shut down when Ruco publicly admitted to dating Miss Hong Kong contestant Phoebe Sin (單文柔), whom he eventually married.

In the last four years, Nancy has only focused on her career and her dating life seems quiet. But she did express that there is no shortage of pursuers. Despite this, Nancy said she will leave everything up to fate and let things happen naturally when it comes to dating. 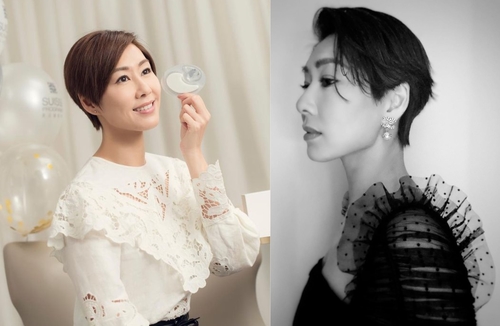