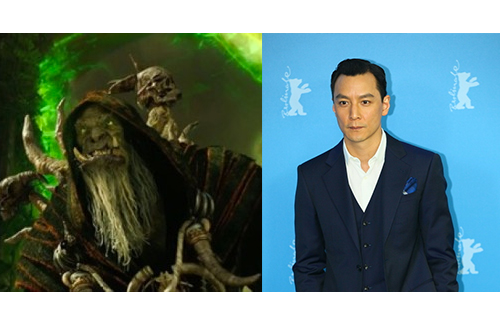 Warcraft, Hollywood’s live-action adaptation of the video game series of the same name, has finally released a TV spot that features a glimpse of Hong Kong actor, Daniel Wu (吳彥祖). The epic fantasy is set to be released by Universal Pictures on June 10, 2016.

The film, which was shot in 2014, follows the conflict between the humans of Azeroth and the orcs of Draenor, a world on the brink of destruction. The two species are destined for a collision course as they both struggle to protect their species from extinction.

Fans have been sitting on the tip of their chairs as they waited for Daniel’s pictures to surface. When Universal Pictures gave fans a first look of the film through an extended trailer last November, most of the main characters were shown, with the exception of Daniel’s Gul’dan, a sinister orc warlord.

A shot of Gul’dan is finally seen on Warcraft’s most recent TV spot, which was released on Monday. The bearded, green-face villain is a complete contrast from Daniel’s usual clean-cut image.

Warcraft is directed by Duncan Jones, and stars Travis Fimmel, Paula Patton, Ben Foster, and Dominic Cooper. It is expected to have a release in Mainland China after its June 10th debut in North America.