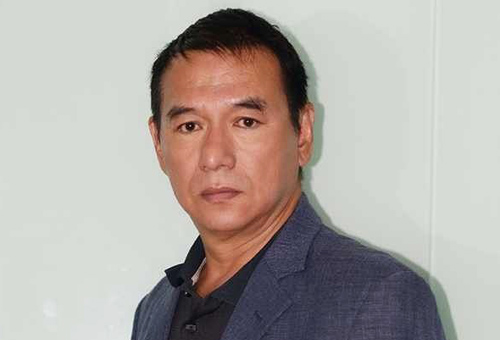 Kara Hui confirmed the news on her Weibo on the evening of October 4, and wrote solemnly, “I am sad, very sad. Have a good journey, big brother. A really, really good one.” Austin Wai was the student of Madame Fan Guk Fa (粉菊花), a Peking opera singer and China’s first female martial arts actress. In the 1970s, Austin began filming movies for Shaw Brothers, and he quickly became one of Hong Kong’s most famous martial arts stars at the time. In 1982, Austin joined TVB, but left the station after filming his last television drama, Bing Kuen <兵權> in 1988.

Austin semi-retired from his acting career and moved to Beijing permanently a few years ago to focus on his businesses.

It was known that Austin had been suffering from health problems since moving to Beijing, and on September 21, Austin updated a post on his Weibo, which was also the last post before his death. The post read, “It’s not that I don’t want to update anymore, but I’ve been really sick lately. First, it is arthritis, and then half a month later, I began coughing a lot. First breathing problems, then hormonal problems, then problems with my ears, nose, and throat. I went to the doctor many, many times. In the end, it was none of them. I went to the pharmacist and grabbed medicine, with recommended dosage for five days. I got better in two days. I am frustrated!”

Kara had kept in close contact with Austin since he moved to Beijing. Several days ago, Austin did not pick up any of Kara’s calls. Worried, but unable to leave Hangzhou due to a tight filming schedule, Kara asked a friend to go to Beijing for her to visit Austin. Kara’s friend found Austin lying dead in his home. Although the cause of death is unknown, it was reported that Austin died peacefully.