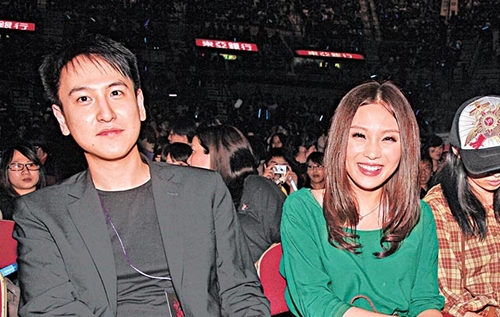 Taiwanese group, Mayday, held the final performance to their four concert session at the Hong Kong Coliseum last night. Aside from many excited Mayday fans in attendance, Oceane Zhu and Albert Tong were also present. Oceane brought along friend, Sherry Chen, as her companion. When the trio entered the venue, reporters flocked to take photos. Oceane posed generously for the photos. At first, Albert did not look directly at the camera. Upon the reporter’s request, Albert and Oceane agreed to take photos together.

After partaking in Yonfan’s Prince of Tears, Oceane promoted the film in Taiwan. Yonfan introduced Oceane to retired actress, Hsu Feng, who had a very good impression on Oceane. Realizing that Oceane was in Hong Kong by herself, Hsu Feng was extremely protective of her and introduced her to son, Albert Tong. Oceane and Albert’s fates crossed paths and their “love seedling” was in its early stages of development. The pair often went on concert dates. Earlier, Oceane and Albert went to Kenny G’s concert and last night, they attended Mayday’s concert together.

Through his secretary, Albert noted that he was only friends with Oceane. Through a telephone interview, Oceane said, “We are not dating. We are just regular friends. Since Albert had concert tickets, I asked Sherry Chen to come with me. I am not lying.”

When Albert was fourteen-years-old, he traded stocks and earned $4 million (HKD). Since then, Albert has demonstrated a sharp eye for investments. He set billionaire, Li Ka Shing as his target. In recent years, Albert’s company, Tomson Group, focused on development in the Shanghai real estate market.

Twenty-eight-year-old Albert Tong’s net worth was valued at over $7 billion (HKD). Currently, Albert was voted as the youngest and most handsome billionaire. Albert had many female admirers, even leading many women in online discussion forums to discuss how they can capture the young billionaire’s heart! Allegedly, Albert was once diagnosed with depression when he was in Form 3 and had to take a hiatus from his studies. 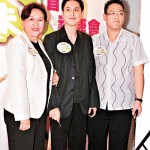 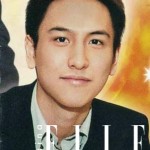 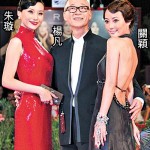 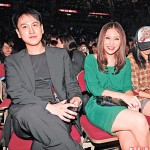 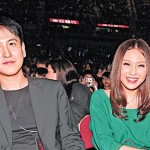 Jayne: Albert Tong looks like a young version of Joe Ma! Appledaily’s photo was taken from an unflattering angle; if you do an internet search, Albert is actually quite handsome!

It’s quite high profile for Albert to take Oceane on concert dates; definitely shows his interest! Or you can say he is indeed very passive in relationships, since he prefers to take women on concert dates rather than to a romantic French restaurant where they can spend hours talking instead.