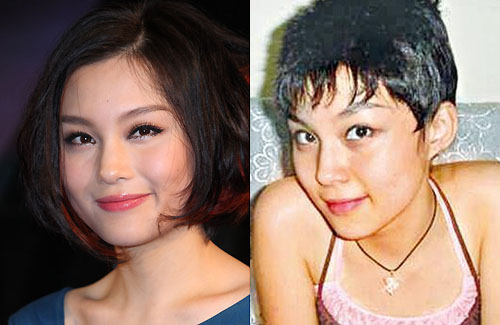 With her popularity on the rise, it is hard to imagine that Oceane Zhu (朱璇) used to hide herself away in the closet when she was young due to shyness. The 26-year-old actress’ introverted personality led her to believe that she had psychological problems, and thus prompted Oceane’s parents to send her to France for further education.

Oceane first stepped into the industry when she won the 2008 Miss Chinese International pageant.  Since then, she has continuously participated in TVB dramas, the most notable role being the happy-go-lucky police officer, Lam Oi Oi in Sergeant Tabloid <女警愛作戰>.

However, Oceane’s bubbly personality was not always present as she revealed that she did not have a happy childhood. “I thought I had psychological problems when I was younger because I was so shy and didn’t like being around others. I always hid in the washroom or in closets. Even in third grade, I was pretty closed off and kept to myself. I hated the idea of growing up; I thought it was a scary concept.”

Not knowing the specific reasons behind Oceane’s behavior, her parents thought about sending her to France after she graduated from elementary school. However, since Oceane was too young, her parents flew her to Paris after her middle school graduation instead. Already standing at 1.70 meters since the age of 12, Oceane worked as a part-time model in Beijing and later in Paris when she studied there.

During her studies in Paris, Oceane learned to open up to people around her and slowly learned to adapt to social situations. Oceane finally broke through her shell and made the decision to enter into the Miss China Europe pageant in 2007, realizing that everyday should lived to the fullest.