Overjoyed to be a Father, Ruco Chan is Attentive to Pregnant Wife 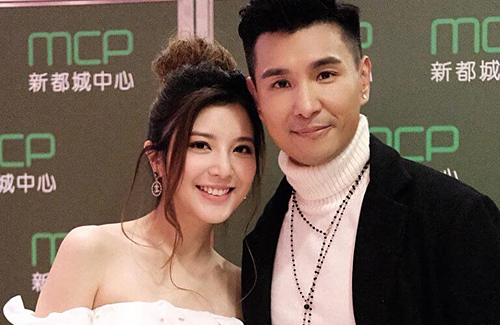 Ruco Chan (陳展鵬) feels like life is heading towards the right direction. Shortly after Ruco and Phoebe Sin (單文柔) got married in October 2018, the couple announced they were expecting their first child. With the baby’s due date approaching in March, Ruco cannot contain his excitement.

Entering the entertainment industry in the 1990s, Ruco always considers himself as traditional in both his career and personal life. At the age of 41, Ruco feels that he spent most of his youth in developing his career and missed out on life experiences. “It is impossible for everything to go your way perfectly. Getting married last year and expecting a child afterward helped me catch up on the things I missed.”

Ruco believes that when two people gets married, having children is the next step in making the family complete. Although Ruco doesn’t have a preference how many children to have or the gender of his child, he thinks that it’s a blessing for families to have a child. With the baby expected to arrive in April, Ruco said he is keeping his emotions stable, “Everything is going very smoothly, but I also need to prepare for the unexpected and pay attention to the small details. I will take time to learn what I don’t know.”

Typical of new fathers, Ruco is prepared to take the responsibility in caring for his family. “Before the marriage, there was no baby and I didn’t have to think too much. Now my role is different and I have more responsibilities.”

Demonstrating his strong sense of responsibility, Ruco takes great care in looking after his pregnant wife. After learning that Phoebe was pregnant, Ruco suspended his work to spend time with Phoebe and only started filming again at the start of the year. During Ruco’s break away from filming, he revealed that he gained weight, “I gained 15 pounds during my break and I only lost 6 pounds so far. It’s easy to gain weight when I accompany Phoebe. After pregnancy, Phoebe’s appetite increased and she wanted to eat different things. She can’t finish everything so I helped finish the food to reduce waste. Western cuisine is especially fattening!”

Phoebe agrees that Ruco is very attentive. In the middle of the night, Ruco becomes Pheobe’s personal masseuse to help alleviate her leg cramps. Giving details on their relationship, Phoebe said, “The other night, I turned around slightly in the bed and Ruco thought I was cramping again. He immediately came over to massage my leg and asked if I had a nightmare. He thinks that I am nervous about giving birth and tells me not be scared. He is only comforting me and I’m already moved by his gestures.” 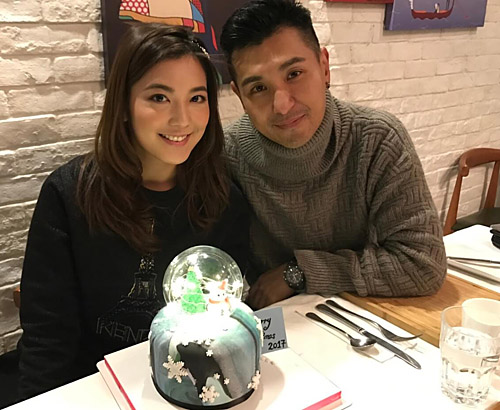 3 comments to Overjoyed to be a Father, Ruco Chan is Attentive to Pregnant Wife