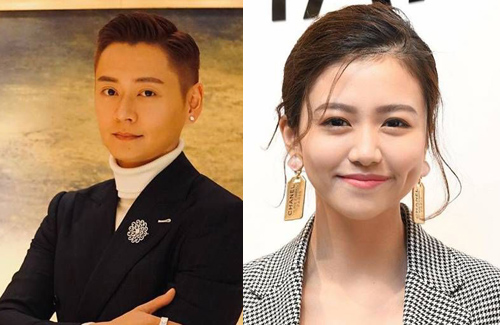 Receiving a surge of popularity after starring in 2017’s Legal Mavericks <踩過界>, Owen Cheung (張振朗) was given many work opportunities. Although it was rumored that he was dating ViuTV actress Renci Yeung (楊偲泳) during this time, TVB management supposedly asked Owen to keep his romance private, which the actor complied with.

However, recently the media spotted Owen quietly going on a date with Renci. After having dinner together, the two were spotted leaving the restaurant and quickly heading back to Owen’s apartment.

In the industry for eight years, the actor has only ever admitted to one relationship – his five-year-long relationship with ex-TVB actress Apple Chan (陳芷尤). When they split, Owen admitted he needed a lot of time getting over their relationship.

Then at the end of 2018, Owen met Renci at a friend’s party and the two immediately connected. Smiling every time her name was brought up, Owen previously said that Renci was very hard to pursue and rejected him many times. Owen’s persistence paid off, and the two eventually became a couple.

Praising his girlfriend for being attentive and having a great personality, Owen also said they have similar values in life. Admitting that he sees her as someone he could potentially marry, Owen expressed, “She’s really cute and has a great personality. Most importantly, this relationship didn’t come easy. Whenever I start dating, I start thinking about our future together and marriage. I treat relationships very seriously. Our relationship is very stable now, and she has been with me through my ‘bad-luck’ phases. This industry is very tough and tiring, so having someone to spend time with and to share my joy is great!”

2 comments to Owen Cheung Has a Wonderful Girlfriend