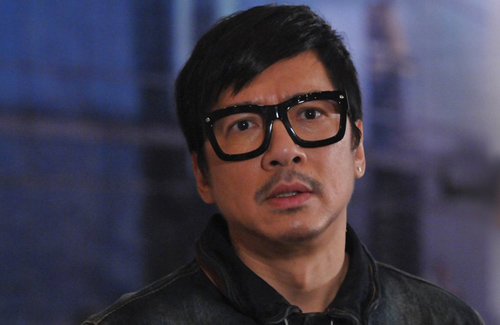 Awfully Lawful <熟男有惑> star Pal Sinn (單立文) loves children, and for the past five years, he and his wife Paisley Wu (胡蓓蔚) have been trying to have kids, but to no avail. Recently, rumors have been swirling around in regards to Pal Sinn’s infertility, which was claimed to be due to his past Category III film career.

After dating for 11 years, 54-year-old Pal Sinn and 42-year-old Paisley Wu married in 2008. The couple had mentioned before that they wanted to have children even before they married. After years of unsuccessful conception, it was rumored that Paisley began to seek help from doctors, mothers, and other professionals.

A source close to the couple implied that Pal was infertile because Pal “liked to party.” The insider said, “Pal was part of a band when he was younger. Tall, charismatic, and young, he was very popular with the girls! With those qualifications, who wouldn’t like to party? Also, he used to film a lot of Category III films. Who would know if those [sex scenes] were real or not?”

The insider also revealed that Pal and Paisley consulted with doctors in regards to their current condition. “The doctor checked both of them, and the fault isn’t on [Paisley]. The doctor just advised them to calculate their days more accurately and try again.”

A close friend of Paisley said, “There really is nothing else they can do. There’s only the truth to accept. [Pal] is not going out as much anymore and is spending more time at home with Paisley, like a good husband.”