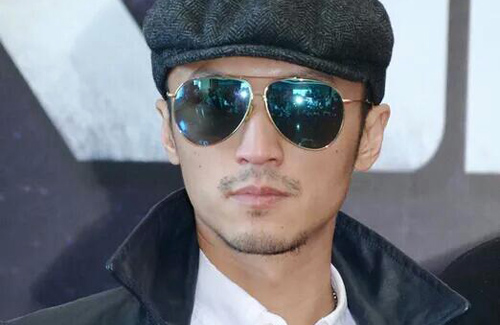 Nicholas Tse (謝霆鋒) signed a recording contract with EEG at the young age of 17, and debuted in the Hong Kong industry as a singer with the release of his best-selling debut album My Attitude in 1997. Though he achieved much success, Nicholas’ road of stardom was rocky.  For years, it was rumored that the reason why he entered the industry at such a young age was because of his famous father Patrick Tse (謝賢), who had incurred numerous debts through the years.

Patrick and Nicholas never bothered to clarify the rumors, but Patrick finally took those rumors to rest yesterday. While filming an episode of Mainland Chinese reality show Thunderous Applause <掌聲響起來>, Patrick stressed that he never forced his son to work in the industry so he could pay his debts. He laughed and said, “If I did sell Nicholas [to EEG], he would have already killed me today, right?”

Patrick said he is not upset at the gossip magazine that originally started the rumor, and will also not sue. “I don’t want to do free promotion for them,” he said.

Nicholas’ personal life constantly headlined the news, but despite these setbacks, the 34-year-old still defeated all odds and became one of Hong Kong’s most successful entertainers and entrepreneurs.

Patrick is very proud of Nicholas’ accomplishments, and said tearfully, “I have no regrets. What is there to regret? He has won a Golden Melody Award, a Hong Kong Film Award for Best Actor and Best Supporting Actor, and a Golden Horse Award for Best Actor. I will never forget his speech when he won it – ‘This award should be for my father. I love him!’”

In related news, Nicholas and Sean Lau (劉青雲) attended a press conference in Shanghai yesterday to promote the filming commencement of their new 3D crime thriller film Heaven Breaks <驚天破>. In the film, police officer Ma Jun (Nicholas) sustains a fatal heart injury after a bloody battle with terrorist, Black Mamba. He and another dying patient (Sean) survive after they are given Black Mamba’s heart and liver, but a series of inexplicable events soon follow their way.