Photographed in a Bathrobe, Chiling Lin Sued Paparazzi for Intrusion 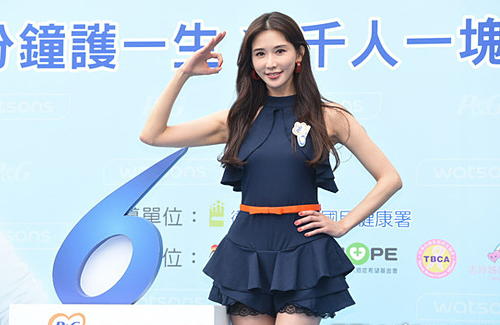 Taiwanese model-actress Chiling Lin (林志玲) was photographed wearing a bathrobe in her own home last year. Upset at the intrusion and photo release, she sued Next Magazine for violation of privacy and demanded 10 million yuan as compensation.

In March 2018, Next Magazine published an article titled, “Jerry Yan (言承旭) Went into Bedroom, Chiling Lin’s Secret Love Nest Exposed’. In the photos, Chiling was seen wearing a bathrobe at her balcony and through the open curtains, a man in black clothes was visible. The tabloid claimed that the man in the photos was Jerry.

Extremely angry that her privacy was violated, Chiling pressed charges. She expressed that the woman in the photo was indeed herself, but stressed the man was her assistant and not Jerry.

Chen, the Next Magazine reporter, who took the photos defended that Chiling did not close the curtains so it meant she didn’t expect privacy. Besides, they only went to observe her because marriage rumors of her was heavily circulating at that time. Chen submitted the photos to Ng, the Assistant Editor-in-Chief, and the item was also approved by Yau, the Editor-in-Chief.

However, the prosecutor deemed the trio guilty and believed they wanted to take advantage of Chiling as a public figure to satisfy commercial interests. Chiling’s home was located on the 10th floor with no surrounding buildings. Her windows faced the forest. She also only briefly appeared in the curtain gap, so it is reasonable to say she had expectations for privacy. Furthermore, the photos taken were at a 100-meter distance, so the paparazzi wouldn’t have been able to see Chiling with the naked eye unless they intentionally zoomed in with a high-definition camera.

The Taiwan Shilin District Court judge ruled Next Magazine guilty for intrusion of privacy and publishing the photos for commercial interests, ordering them to compensate 800,000 yuan to Chiling for emotional distress.