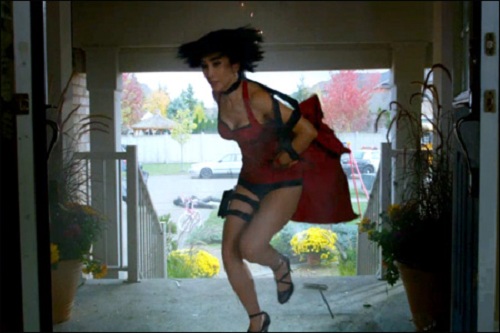 The addition of Li Bingbing (李冰冰) in Resident Evil: Retribution 3D has generated much excitement. In the movie, Li Bingbing portrays the popular character of Ada Wong, a mysterious American woman of Chinese descent who works as a spy for a mysterious organization.

On May 29th, more than 40 pieces of artwork from Resident Evil: Retribution were leaked online, generating much excitement among fans. In one of the posters, Li Bingbing and Milla Jovovich were chained together, while holding guns, which appeared to be symbolic of their complex relationship in the movie.

Resident Evil: Retribution 3D completed filming in December 2011. The movie is scheduled for a release date of September 14, 2012.

Jayne: Still some months before Resident Evil: Retribution will be released; expect the hype to increase!