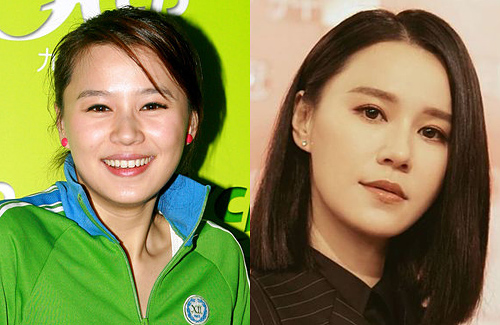 Currently filming Seven Princesses <七公主>, Priscilla Wong (黃翠如) cut her hair to a shoulder-length bob to suit her lawyer role. It turns out that she had a similar haircut 22 years ago. After she posted a throwback photo of her 16-year-old self versus current look, fans saw in the side-by-side comparison that Priscilla’s face has noticeably changed over the years. 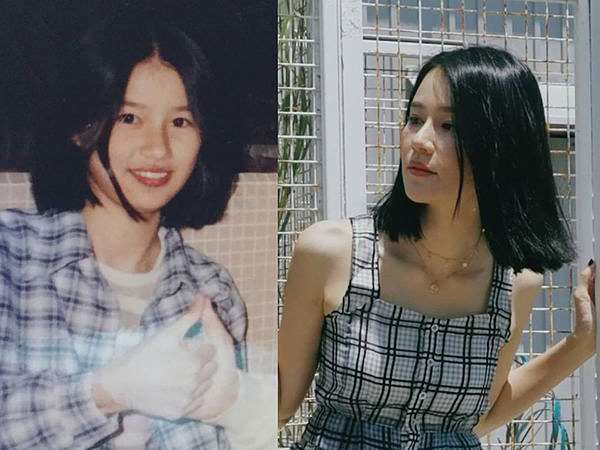 In her caption, Priscilla praised her mom for her trendiness because she was her personal hairstylist until she was 16. Her husband, Edwin Siu (蕭正楠), commented on her post and pointed out that his father was also his personal hairstylist when he was younger. “He placed a bowl on my head and used that as a guide to cut my hair!” 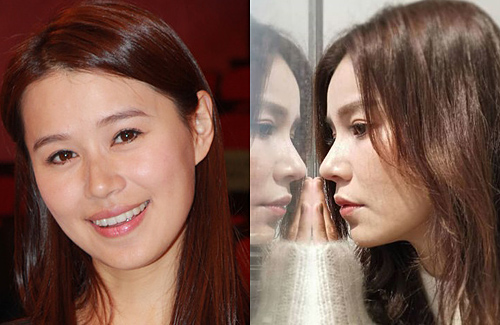 Many fans praised the 38-year-old actress for retaining her youth over the years and said she grew more beautiful and improved her fashion sense as she got older.  However, Priscilla’s current glamorous image was also questioned  by some netizens whether she had received eyelid plastic surgery and rhinoplasty. Shrugging off the speculations, Priscilla replied humorously, “I use mesh double eyelid tape–you can search it up online.” Regarding her nose, she said, “I’ve always had a high nose bridge. Actually, I feel that it has gotten lower!”

Priscilla’s humorous reply online did not satisfy reporters, as she had to field more plastic surgery questions while attending a promotional event for Life After Death <那些我愛過的人> today.  Addressing the questions, Priscilla said confidently, “I’ve never been one to compete based on my looks. You can check my old i-Cable shows. My best feature is my nose…my mom always said I have a ‘tiger nose’ which is very lucky! I can answer with 100 percent guarantee that I will not do anything to my nose. Don’t accuse me!” When prompted if she will get work done in other areas, Priscilla replied, “I can’t guarantee that I wouldn’t do this for other areas though when I get older.”