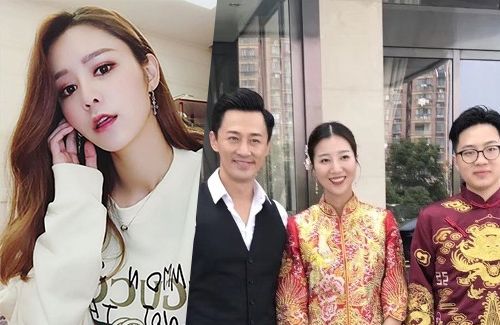 A source revealed that Raymond Lam (林峯) has met the parents of Chinese actress Carina Zhang (張馨月), his rumored girlfriend.

Rumors of their relationship came about soon after sources confirmed that Raymond had split up with his girlfriend of four years, actress Karena Ng (吳千語). Both parties never officially confirmed the breakup, but Raymond’s relationship with his new girlfriend Carina Zhang is now pretty much an open secret.

According to the source who leaked the information, Raymond took a few days off from work to attend the wedding of Carina’s younger brother. There, Raymond also met Carina’s parents.

Photos of Raymond posing with the bride and groom were shared online; however, none of the photos had Carina in them. Nonetheless, Carina did post a picture from her younger brother’s wedding on social media, which undoubtedly proved that Raymond had attended the wedding.