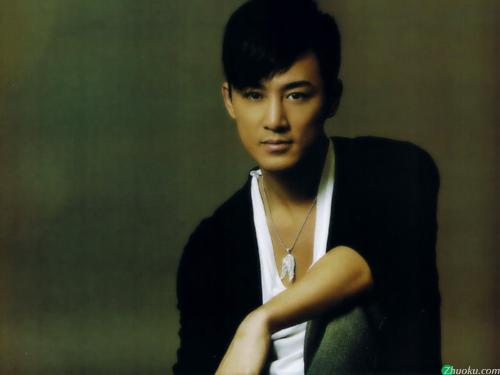 Due to the release schedule of the upcoming dramas, the year-end TVB Anniversary Best Actor Award will become a battle between Raymond Lam, Moses Chan and Wayne Lai. However, Wayne already expressed that he does not have confidence in winning the award, stating that Raymond and other contenders posed as fierce competition.

In 2009, the series, E.U. <學警狙擊>, Rosy Business <巾幗梟雄> and Beyond the Realm of Conscience <宮心計> became the talk of Hong Kong audiences during their broadcast. Wayne Lai and Michael Tse Tin Wah’s popularity peaked dramatically as a result, while winning the Best Actor and Best Supporting Actor Awards respectively. In contrast, TVB’s 2010 series have not sparked the same level of excited discussion yet. Although Raymond Lam’s The Mysteries of Love<談情說案> garnered impressive ratings of 38 points (about 2.42 million viewers) and peaked at 42 points (approximately 2.68 million viewers), netizens have accused it of plagiarizing Japanese series, Detective Galileoand Mr.Brain.
The upcoming series to be released in the remainder of 2010 should capture more of the audience’s sentiment. On August 9th, TVB will release Growing Through Love. This series features Raymond Lam, Damian Lau Chung Yan, Cecilia YipTung, and Bosco Wong Chung Chak. In September, Can’t Buy Me Love will air, featuring Moses Chan and Charmaine Sheh. In October, Rosy Business 2 will be released, featuring Wayne Lai and Sheren Tang.

The battle for the 2010 TVB Anniversary will be between Raymond Lam, Moses Chan, and Wayne Lai.  TVB has been heavily promoting Raymond this year, allowing him to take prominent projects in film, music, and television. Raymond will hold a concert in the end of July. His movie, Jade Pearl <翡翠明珠>, co-starring with Charlene Choi, will be released this summer. At TVB’s Jade Solid Gold (JSG) awards earlier this year, Raymond received the Most Popular Male Singer in Asia Pacific Award. Allegedly, there is a high chance that TVB may give Raymond the Best Actor Award this year, resulting in a double awards achievement.

In a telephone interview with Appledaily, Raymond said “I basically put in my best effort in each of my series. Of course I have confidence in my performance. Recently, I have been busy rehearsing for my upcoming July concert, so I will not dwell on something so far into the future.  Since Growing Through Life has not been released yet, the audience’s reaction is still unknown. A series’ reception is based on the timing of multiple factors. Since there will be numerous notable series to be released in the second half of 2010, many things are still unknown. For example, Wayne Lai is an actor who possesses enormous talent. Of course, receiving an award is a good thing, since it is a reward. For me, it would be a bonus, but I will not be disappointed if I do not win the award.”

However, Wayne Lai should not be ignored in the race for Best Actor either. Rosy Business 2 is highly anticipated by audiences. Wayne is also a highly talented actor, thus he may win the Best Actor Award again this year.

Speaking to Appledaily, Wayne said, “My confidence in winning the award is not very high this year. The competitors are too strong., such as Damien Lau, Raymond Lam, Steven Ma Chun Wai, and Ken Cheng Tak Si. The reception for Ghost Writer <蒲松齡> and When Lanes Merge <情越雙白線> were both great.”

Although Rosy Business 2 was originally Producer Lim Tim Sing’s last series prior to retirement, he has agreed to extend his TVB contract for one more year. Jayne: If “Growing Through Life” achieves ratings in the 30s, I guarantee that Raymond Lam will win this year’s TVB Best Actor Award! I agree with the Appledaily journalist’s analysis, that TVB is building the momentum for Raymond to win the award this year.  Raymond’s popularity is higher than ever and building on the wave of his concert (July), movies (August), the airing of “Growing Through Life” in September is perfect.

Moses and Wayne have already won in recent years. I think TVB wants to promote other artists this year, someone more youthful and exciting. For Raymond fans, do you think success of winning the TVB Best Actor Award would be too early??