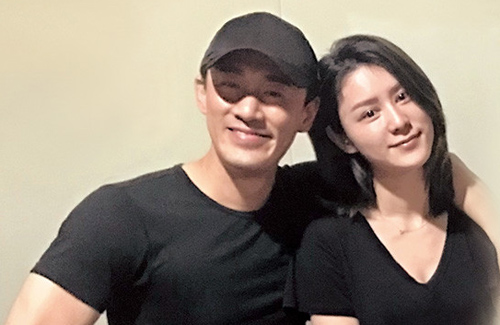 The couple secretly visited a high-rise apartment worth millions in Mid-Levels.

Since breaking up with girlfriend of five years Karena Ng (吳千語) last year, Raymond Lam (林峯) speedily got together with Chinese model Carina Zhang (張馨月). Though they dated for just slightly over a year, the couple registered their marriage in September. The wedding is reportedly taking place on December 8, when Raymond turns 40, in a double celebration.

Although the couple has already been cohabiting for some time, they look forward to having their own new apartment after marriage. Raymond has been taking time out for condo viewings with Carina even as he is busy filming his new drama Line Walker 3 <使徒行者3>. Keen to create the perfect love nest, they secretly viewed a high-rise 3,000 feet apartment worth millions in the well-positioned luxury Estoril Court in Mid-Levels recently, an estate favored by celebrities.

With Raymond finally getting married, the couple’s quick progress was in part due to Carina’s obedience and quick assimilation into Raymond’s family. In January this year, she accompanied Raymond back to his ancestral home to offer prayers. Many thought the wedding was eminent as Raymond brought his girlfriend back to meet his elders. During the Lunar New Year, Raymond spent time with Carina’s family as well.

When asked about news about their wedding, Raymond admitted generously that marriage is a necessary phase in life. According to sources, Raymond had already proposed to his girlfriend in early June, after which Carina shared online a photo of a gigantic rabbit made out of roses, with a sweet design of six-hearts paired with the word “surprise” written on the toy. 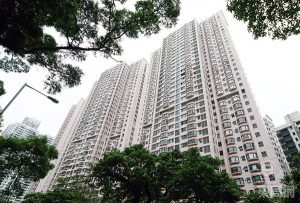 Raymond, who is usually generous when it comes to money, is more than willing to create a beautiful love nest for his wife. The couple was spotted recently in matching full black attire visiting Mid-Levels’ Estoril Court for a home viewing. Although the residence is almost thirty years’ old, the prime location made it popular with many celebrities; and the likes of Jacky Cheung (張學友), Nicholas Tse (謝霆鋒), Cecilia Cheung (張栢芝), Sandy Lam (林憶蓮) and Miriam Yeung (楊千嬅) have all been residents at different points.

During the visit, Carina was most accommodating and let Raymond raise most of the queries regarding the 3,000-feet apartment. Holding hands when they ended their visit, the two were picked up in a seven-seater car.

Why Carina Zhang is the Perfect Wife for Raymond Lam