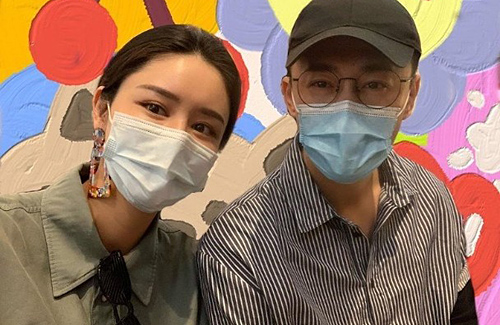 Since their marriage in December, Raymond Lam (林峯) and Carina Zhang (张馨月) were speculated to have tied the knot because of Carina’s pregnancy. As Carina grew increasingly swollen and she was spotted wearing an extra-large shirt while shopping, many felt that she is nearing her delivery date.

While Raymond was filming for Wong Jing‘s (王晶) new film adaptation of The Heaven Sword and Dragon Saber <倚天屠龙记> in China, Carina also accompanied him so they can have more time together. With filming finally wrapping up, the couple enjoyed the time off by going shopping at a mall in Shenzhen.

Spotting the pair strolling through the mall, a netizen uploaded a photo showing the couple’s backsides. Though her limbs are still very slim, Carina wore a loose-fitting outfit with lots of room in the middle to accommodate her growing midsection. While Carina and Raymond’s faces are not visible in the photo, the celebrity couple can easily be identified since their outfits match the photo Carina had posted on social media on Chinese Valentine’s Day.

The netizen stated that she/he ran into the couple at the Ping’an International Finance Center while looking at cars, “I locked eyes with Raymond while walking past–this is my closest encounter with a celebrity. His wife is ready to give birth at any moment!”

Though Raymond has been in great spirits, he chose not to comment on Carina’s pregnancy news and apparently does not plan on making any announcements until the baby has arrived! 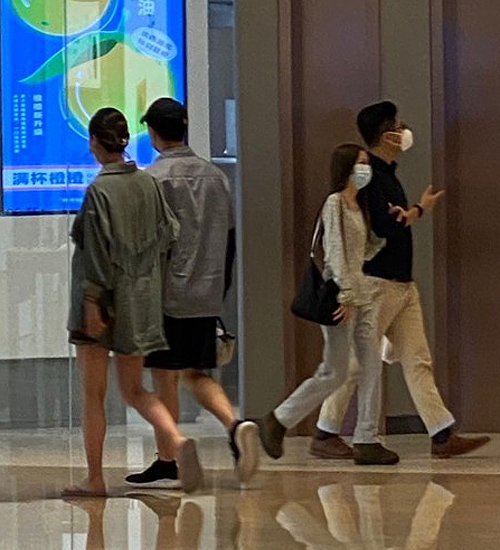