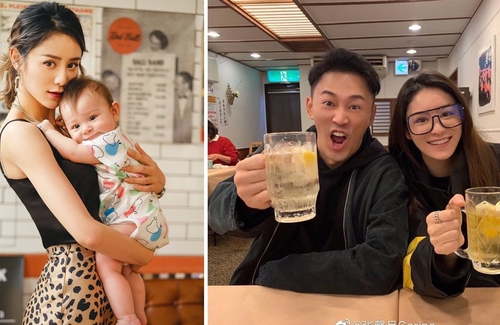 First comes love. Then comes marriage – or a baby.

For the past several years, many celebrity couples had shotgun weddings to avoid the embarrassment of unintended pregnancies. However, when Raymond Lam (林峯) (林峯) announced he tied the knot with Carina Zhang (張馨月) on the last day of 2019, people did not suspect a shotgun marriage due to the lack of tell-tale signs of pregnancy. On top of that, their marriage was a long time coming. However, based on recent reports claiming that Carina is one month pregnant, it is possible the couple had a shotgun marriage.

Recently, reporters made a trip to the gynecologist clinic that Carina allegedly visited to interview the model’s renown gynecologist. The gynecologist confirmed Carina visited her to seek medical advice, but she couldn’t reveal any further details about Carina’s condition, as it concerns personal privacy.

It is said that the newlyweds hurriedly got married because their families rushed them to have kids. Although Raymond reportedly wanted to delay his marriage, his mother believes he isn’t young anymore and feels it’s time to complete this important life event. Raymond’s mother also highly approves of Carina as her daughter-in-law, as reporters have earlier caught his mother smiling non-stop at Carina during her airport pick-up. 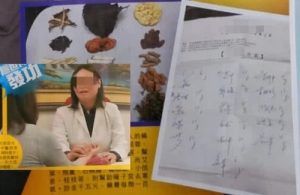 With hopes to appease her in-laws, Carina is aiming to have a baby in the Year of the Rat. Thus, she visited the famous gynecologist who helped many celebrities, such as Sandra Ng (吴君如) and Kelly Chen (陈慧琳), to get pregnant. Her leaked prescription also shows her determination to recondition her body and prepare for a baby with the help of Chinese medicine.

The couple has yet to respond to the allegations.

Why Carina Zhang is the Perfect Wife for Raymond Lam

Raymond Lam and Carina Zhang Went to Japan for Their Honeymoon