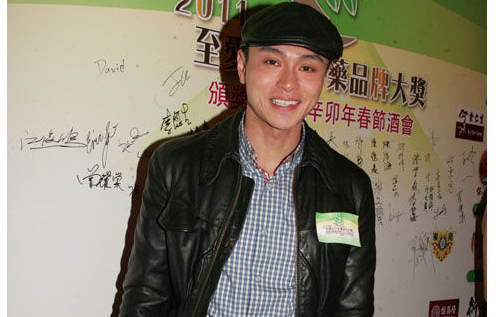 Announcing his wife’s pregnancy earlier, Raymond Wong Ho Yin revealed that his wife was due to have their baby anytime. Raymond did not disclose the actual due date nor the sex of the baby.

Since Raymond was busy filming TVB series, My Cruel Lover <我的如意狼君>, he could only call home every hour to ask about his wife’s state. After his wife gives birth, Raymond will have one or two days of vacation time to spend with her.

Due to the extreme temperament of Raymond’s character’s personality in My Cruel Lover, Producer Lee Tim Sing has been in daily discussion on the acting approach with Raymond. Jayne: Congratulations to Raymond Wong! He has been a work horse at TVB last year and this year will likely be the same for him. It sounds like he won’t have much time to spend with his newborn baby.

2 comments to Raymond Wong’s Wife to Give Birth Anytime