Heading towards their 13th wedding anniversary this December, actor Raymond Wong (黃浩然) and stylist Kaka Mok (莫家嘉) are rumored to have a blemish in their relationship after Kaka was found to have sent some flirtatious texts to a male friend.

Dating for four years before getting married, Raymond and Kaka’s relationship has been fairly low-key all these years. With two young sons, the couple is often depicted as the perfect family. Kaka supported her husband during the years when Raymond’s career was lackluster, and when he was diagnosed with Behcet’s disease in 2014.

However, it’s rumored that Raymond and Kaka’s relationship is not as perfect as it seems. Flirty text messages were uncovered between Kaka and a married marketing executive, Ray. In the text, Kaka wrote, “I need a bed, and I also need a man.” Several photos of Kaka and Ray were dug up – showcasing how close they were to each other. 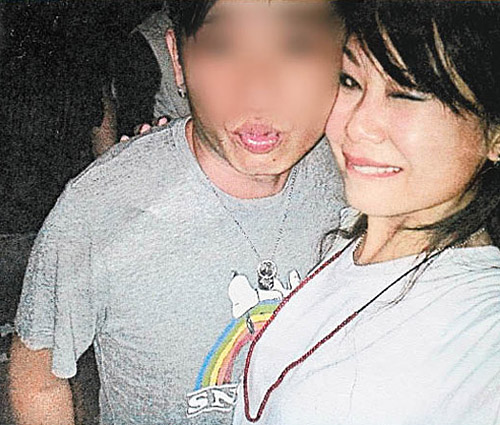 Upon hearing the speculations, Raymond laughed and said he has absolute faith in his wife. Remaining calm, Raymond texted reporters, thanking them for their concern but said that his relationship with his wife is excellent.

Proving the rumors to be false, Raymond and Kaka took their two sons, Kayden and Ransley, on a fun family day out. During their family outing, Kaka and her sons were seen having a blast looking at goldfish and snacking on munchies. Raymond and Kaka also uploaded various photos of the two making funny faces together on their respective social media accounts.