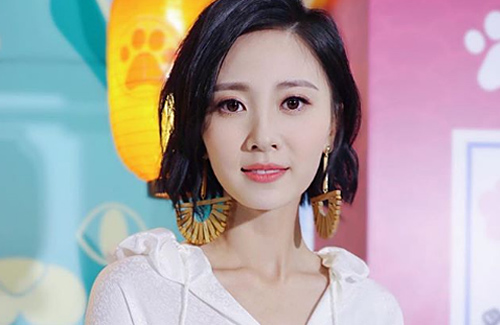 Currently airing, The Dripping Sauce <大醬園> revolves around a family that owns a large soy sauce factory in the 1930s. Through hard work and determination, Rebecca Zhu’s (朱晨麗) character is able to break down gender barriers to become the new owner. In real life, Rebecca has been in the industry for eight years and has slowly worked her way up to leading actress. As she has become a familiar face in TVB dramas, viewers have also warmed up to her presence. Her success is the result of her positive nature, work ethic, and adaptability.

Rebecca’s convincing performance in 2019 Anniversary drama Wonder Women <多功能老婆> as a materialistic woman with a heart of gold was highly praised. This year, she takes greater weight on her shoulders as she carries the leading role in The Dripping Sauce.

Born in Suzhou, China, Rebecca spent all her childhood learning different styles of dance. At the age of 16, she received acceptance from the dance department at the Hong Kong Academy of Performing Arts. Afterwards, she was sent to the United States for intensive training. After graduation, she joined the Hong Kong Ballet.

Criticized for Her Mandarin Accent

In 2011, she won the Miss Hong Kong Pageant and earned the nickname as a Fala Chen (陳法拉) lookalike. Her first drama was actually to replace an injured Fala Chen in Silver Spoon, Sterling Shackles <名媛望族>. Unfortunately, Rebecca’s her first role was met with a lot of criticism towards her bad acting and Mandarin accent. She also had romantic scenes with Kenneth Ma (馬國明) and Ron Ng (吴卓羲) which led to much jealousy and criticism from their fans. Of course, she was very unhappy with all the criticism but decided to face it with positivity and learn from the experience.

Continuing to face disapproval for her lack of fashion sense and broken Cantonese, Rebecca faced these challenges directly and took lessons to improve her Cantonese.

She also decided to learn kung fu from action star Sharon Yeung (楊盼盼) to increase her skill set. Rebecca was able to show off her newfound abilities in Officer Geomancer <八卦神探>, Fist Fight <兄弟>, and especially in The Stunt <特技人> where she personally performed difficult stunts.

There was a time when she filmed for 30 hours continuously and had to be hospitalized due to exhaustion. Quickly she worked her way up from supporting characters to lead roles.

In 2017, Rebecca won Best Supporting Actress for her role in A General, A Scholar, A Eunuch <超時空男臣>. In her acceptance speech, she encouraged others like herself, “I hope that all of the children who have made their way from China to Hong Kong can achieve their dreams too.” Unfortunately, this remark led to some backlash from Hong Kong netizens.

The drama also brought another bigger reward in Rebecca’s life–she found love in co-star Matthew Ho (何廣沛). It was rumored that they fell in love while filming A General, A Scholar, A Eunuch. Sighted taking vacation together, Matthew has also been seen frequenting Rebecca’s home.The pair frequently attends work events as a couple and even play onscreen lovers in The Dripping Sauce. The couple has incredible chemistry on and off set, everyone is rooting for them to have a happy ending!

Rebecca Zhu: From Rags to Riches