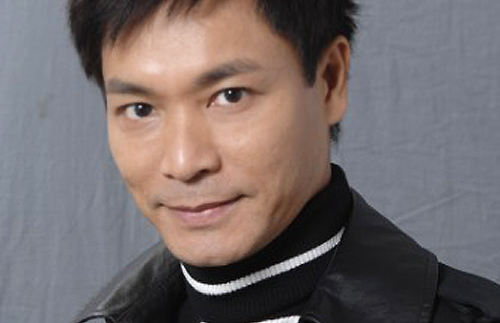 Three-time award winning actor Roger Kwok (郭晉安) proves that having a busy work schedule does not necessarily mean having no time for family.

Currently filming his new series, The Last Imperial Physician <末代御醫>, Roger did not forget to spend some quality time with his two children, Brad and Blair. Roger expressed, “My children support me behind the scenes so working hard is worth it. I want them to have a comfortable life and I’m happy with that. I think that’s every father’s wish.”

Although only 7-years-old, Brad gets up in the wee hours of the morning to get ready for school. Luckily for him, Roger awakes around that time so they can have breakfast together. Roger praised his son for being able to hold a conversation despite his young age. Roger revealed that they would even talk about the value of money and the importance of investing. Despite being pressed for time, Roger personally takes Brad to school and picks him up during afternoon dismissal.

Unlike the vast majority of artistes who have opted to film in Mainland China, Roger prefers to stay in Hong Kong.

“I’ll continue to take part in promotional events, but filming in Mainland is a different story. Have you noticed that many artistes who work in Mainland eventually come back to Hong Kong after a few years? Mainland companies offer higher compensation but make cuts in other places. The main lead has a very big responsibility and the stress is high. This actually reduces the lifespan of an actor. My relationship with TVB is very good – I have a sense of security and I enjoy my work.”

With over two decades of filming experience, Roger gives TVB his complete trust in filming projects. Having won the Best Actor award three times for Square Pegs <戇夫成龍>, Life Made Simple <阿旺新傳>, and Black Heart White Soul <忠奸人>, Roger states he is never picky with his scripts because he has faith in TVB’s plans.

Roger expressed, “I trust all the scripts that TVB gives me. They created this brand for me and I’ve gotten Best Actor three times. I trust that TVB will not want to ruin this brand. I’m happy to have been given the opportunity – my character in Black Heart White Soul wavered between good and bad, and definitely gave me a challenge.”