Roger Kwok, Tavia Yeung Star in “At the Threshold of an Era Again” 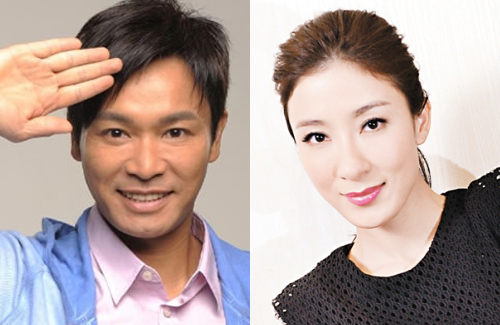 Struggling to increase viewership ratings in recent years, TVB is looking back at old classics to rekindle nostalgia and public interest. Most recently, TVB announced that they will begin filming a new age At the Threshold of an Era (創世紀), which they will title as At the Threshold of an Era Again (再創世紀). The original series aired 18 years ago, consisting of 106 total episodes and big stars.

This will be Linda’s first TVB drama since giving birth. To accommodate her schedule for taking care of her daughter, the majority of her scenes will be shot in Canada.

Roger shared that the big budget series will be filmed in various locations, including Czech Republic, Canada, Europe, and the United States. Earlier, Roger had expressed  his desire to film with Ada Choi (蔡少芬) for this drama. Unfortunately, due to Ada’s busy schedule, she will not be able to take part in the drama. Ada admitted that TVB contacted her regarding the project. “Yes, they did contact me, but I let my management company handle it.  In the end, we didn’t take it!”

Roger joked, “Ada is very busy in China earning RMB! Originally, Ada was supposed to portray my older sister. Now, Niki is going to play my daughter instead.”

28 comments to Roger Kwok, Tavia Yeung Star in “At the Threshold of an Era Again”